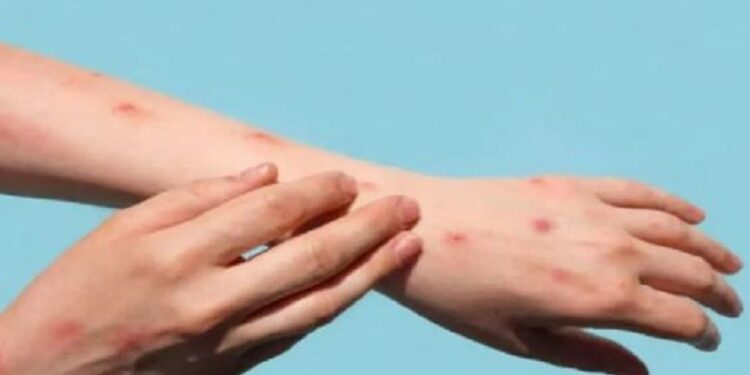 Kerala state government issued new guidelines after 2 monkeypox cases reported in state. On Wednesday issued standard operating procedures (SOP) for isolation, testing and treatment of those infected or showing symptoms of the disease. Monkeypox: Kerala government issues new guidelines.
Kerala Health Minister Veena George gave details of the SOP which are to be followed by all private and government hospitals to curb the spread of the infection.
Monkeypox New Guidelines:
Any person who travelled to a monkeypox-infected country in the last 21 days and is witnessing red spots on the body along with other symptoms, like fever, headache, body ache or fever, should suspect infection by the virus.
Kerala Health Minister, in a release, said the risk of infection is high through close physical or direct physical contact or sexual intercourse with a monkeypox-infected person. She said anyone who come in these categories would come under primary contact list.
The monkeypox infection is detected through a PCR test. Suspected monkeypox cases in Kerala will be treated separately or in isolation, according to the Health department’s SOP.
George also informed that the samples should be collected according to the protocols laid down for the infection by the National Institute of Virology (NIV) and the District Surveillance Officer (DSO) would be accountable for sending the same to the testing lab.
It said that the referrals from private hospitals to government facilities should be done on patient request. Only seriously ill patients from state-run hospital with isolation facilities should be referred to medical colleges in Kerala.

While shifting monkeypox infected people from one hospital to another, the health professionals and patients should wear PPE kit, N95 masks, gloves and goggles. Any wound on the patients’ body should also be covered.

How to heal from Acute renal failure? What life changes can help?

‘Chicken blood injections’ it cures all health problem for kids