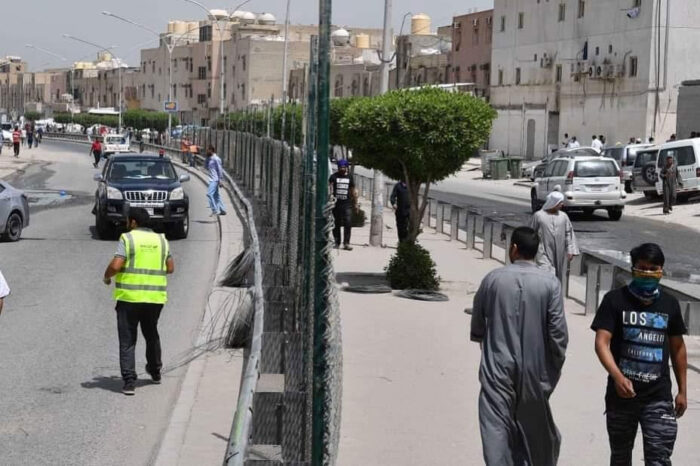 Kuwait: In special meeting will be chaired by His Highness the Prime Minister Sheikh Sabah Al-Khaled through video communication on Thursday, the Cabinet will be informed of the recommendations by special committee regarding detailed conditions in 3 isolated areas.

According to informed sources the Council’s mandate for the emergency committee headed by the Deputy Prime Minister and Minister of Interior and Minister of State for Cabinet Affairs Anas Al-Saleh and the membership of 5 ministers, including the Minister of Health Sheikh Dr. Basil Al-Sabah and representatives of the competent authorities.

a comprehensive and accurate report will include all the details related to the health, social, economic and security conditions in each of these three isolated areas (Mahboula, Jleeb Al-Shuyoukh and Farawaniya). Kuwait times reported.

The sources indicate that the statistics related to the Mahboula area which has been isolated from 6th April, since June 18th “zero” infections were reported. For last two weeks Ministry of Health did not record infections of any of the citizens or expats in Mahboula for two weeks.

After govt ban, Tiktok CEO has a message for Indian employees