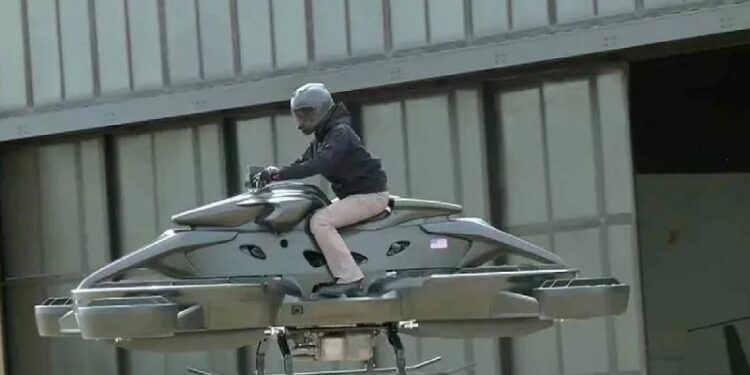 In fact, Japan’s AERQINS will launch a flying bike in the USA next year. This bike was displayed at the auto show held in America. The biggest feature of this bike that looks like a super bike is that it flies in the air. Now everyone is amazed to see the flying bike video.

News agency Reuters posted the video on Twitter. In it a man can be seen sitting on a bike and hovering in the air. The bike is named Exturismo. The Aerwins Xturismo hoverbike uses multiple propellers (a fan-like device designed for flying purposes) to fly from the ground into the air.

It has four small propellers, two at the front and two large propellers at the rear. Large fans provide lift to the hoverbike. Small fans act as stabilizers.

More than 1 lakh flights take off and land every day in the world. A special type of fuel is used to fly these planes. It is called ATF which stands for Air Turbine Fuel.

The company has shared several important information about this electric plane. Commercial use of this electric aircraft named ES-30 is likely to start by 2028. Battery electric plane flying is constantly being researched. Changes are made as needed. The company said that the aircraft will begin test flights from 2026.