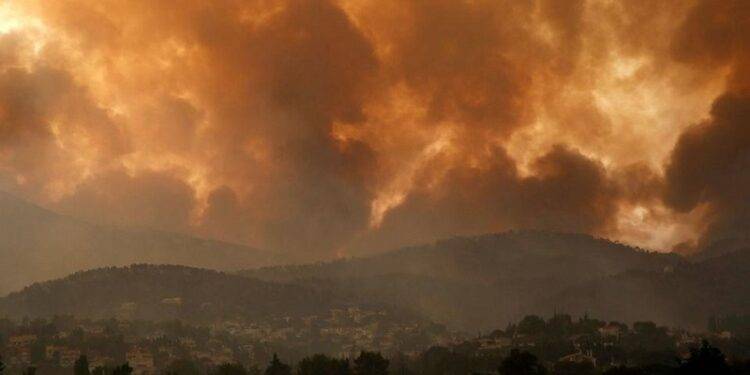 President Abdelmadjid Tebboune tweeted that the soldiers saved 100 people from the fires in two areas of Kabyle, the region that is home to the North African nation’s Berber population. Eleven other soldiers were burned fighting the fires, four of them seriously, the Defense Ministry said. Also Read: Karnataka may lockdown after Aug 15: Revenue minister R Ashok said will impose Strict Covid restriction

Prime Minister Aïmene Benabderrahmane later said on state TV that 17 civilians had lost their lives, raising the count of citizens from seven previously and bringing the total death toll to 42. He provided no details. The Kabyle region, 100 kilometers (60 miles) east of Algeria’s capital of Algiers, is dotted with difficult-to-access villages and with temperatures rising has had limited water.

Some villagers were fleeing, while others tried to hold back the flames themselves, using buckets, branches and rudimentary tools. The region has no water-dumping planes.

Banks Have to Pay Heavy Fines If No Cash in ATMs: Check RBI’s New Guidelines

Banks Have to Pay Heavy Fines If No Cash in ATMs: Check RBI’s New Guidelines