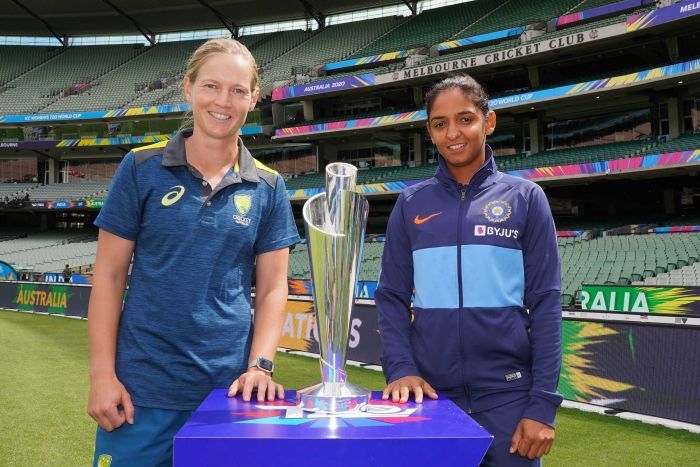 Melbourne:That is the theme for Sunday as India and Australia are set to take on each other in front of a record crowd for women’s cricket in the ICC Women’s T20 World Cup final at the Melbourne Cricket Ground.

Here are the things to look ahead to in the big final: The organisers would have hoped exactly for this – the hosts taking on the team that receives the most support wherever they travel. Women’s day is set to see an unprecedented crowd for women’s cricket, with pop superstar Katy Perry performing live before and after the match.

As of report, more than 75000 tickets had already been sold for the final. The ICC hopes to set a new record for attendance at a women’s sporting fixture ever, with the current record being 90185 at the FIFA Women’s World Cup final between the USA and China in California in 1999.Cricket next reported.

Shafali Verma:She’s just 16, and is already the No. 1 batter in Women’s T20I cricket now. Shafali has taken the tournament by storm, smashing 161 runs at a strike-rate of 161 from four matches. Her quick starts have been one of the biggest factors contributing to India’s unbeaten run so far.

Shafali has struck so much fear in her opponents that Australia pacer Megan Schutt says she ‘hates’ playing India.

“I just hate playing India – they’ve got the wood over me,” Schutt was quoted as saying by the official website of the ICC. “Smriti and Shefali have got me covered. That six Shafali hit me for in the tri-series was probably the biggest one I’ve ever been hit for.”Can she do that once again at the MCG on the big day?

India will be hoping that the experienced duo will be saving their best for the final. Mandhana was in terrific form in the tri-series prior to the World Cup, while Harmanpreet has been short of confidence. However, she doesn’t have to look too far to seek inspiration. Her stunning 171 not out knocked Australia out of the 50-over World Cup in 2017. Will there be a repeat?

Poonam Yadav magic:Australia were 58 for 2 in 9 overs, well set to chase the target of 133 in the first match of the World Cup. That’s when legspinner Poonam came into the attack. She ran through Australia’s middle order with four wickets and also dismissed opener Alyssa Healy who had made a half-century, triggering a collapse. Australia were eventually bowled out for 115, India sealing the game.

That victory was crucial for it set the tone for the rest of the tournament. In fact, India being unbeaten in the group stage helped them qualify for the final after the semifinal against England was washed out.

Poonam has 9 wickets from four matches, and is the leading wicket taker of the tournament. Left-arm spinners Radha Yadav and Rajeshwari Gayakwad have five wickets apiece, so Australia should expect another trial by spin.

Shikha Pandey, the medium pacer, has silently played a big role too. She got three wickets in the earlier game against Australia and has a total tally of seven from four games.

Australia do not have the services of the injured Ellyse Perry, but their batting has been carried by in-form openers Alyssa Healy and Beth Mooney.

Healy made a fighting half-century in the earlier game against India and has carried the form, scoring 161 runs from five innings. Mooney, meanwhile, has 181 runs.

Healy will be pumped up to perform on the big day, especially with husband Mitchell Starc flying home early from South Africa to support Australia in the final.