Woman Thinks She Has TB, but It Was Condom Stuck in Her Lung 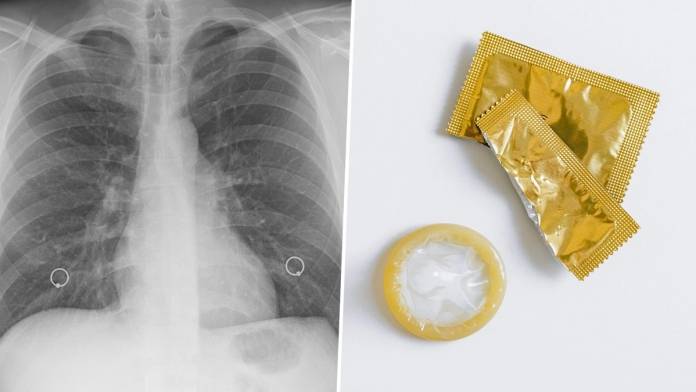 A 27-year-old woman showed up to hospital with a cough, fever, and thick mucus that had been persistent for six months. Four months prior to attending hospital, she had been prescribed antibiotics and anti-tuberculosis treatment.

which appeared to have no impact on her symptoms, doctors write in a case report published in the National Library of Medicine. The school teacher’s sputum was tested for TB and was found to be negative. However, when her chest was scanned, they found a lesion in the right upper lobe of her lungs.

They further added that the condom had loosened during the act, and during the time, the woman experienced an episode of sneezing or coughing. The patient was probably embarrassed and said nothing to the doctors initially or may have swallowed it unknowingly.

Whatever the case might, the doctors interestingly added that the case might be the only one of its kind in the medical literature. Besides, the woman may have to have a further bronchoscopy to remove the remaining small pieces of the condom that were left in her lung.