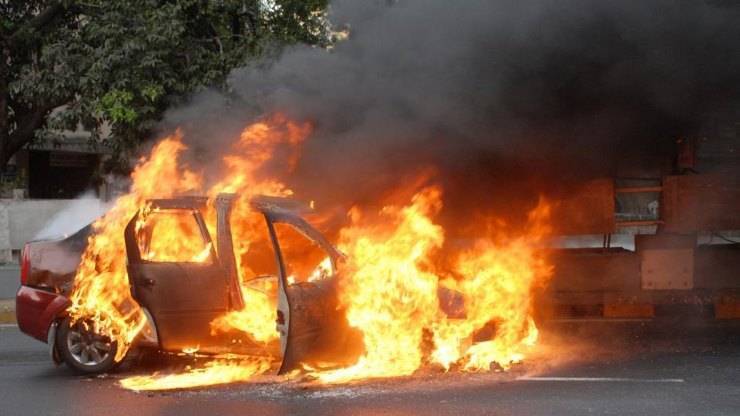 Chennai: In a shocking incident reported from Tamil Nadu, a 57-year-old woman allegedly connived with one of her relatives to kill her 62-year-old husband, in order to claim Rs 3.5 crore as insurance. The Perimanallur police arrested the duo on murder charges on Friday.

As per reports, the deceased was identified as K Rangaraj, a resident of Thudupathi in Erode district. He owned a power loom unit. On March 15, he got injured in an accident, following which he was taken to a private hospital in Coimbatore for treatment.

On Thursday, the hospital discharged him and his wife R Jothimani and relative Raja made him sit in a van, and the trio began their journey to Thudupathi. A police officer said: “When the vehicle reached Valasupalayam near Perumanallur around 11:30 pm, Raja stopped the vehicle. Raja and Jothimani got down from the vehicle, doused it with petrol and set it on fire. Rangaraj was burnt alive.

On early Friday morning, Raja informed the Tirupur rural police about the death, which he said was an accident.” However, the police grew suspicious as Raja gave inconsistent responses. The police came to know that Raja had purchased fuel from a petrol pump in a can. Following this, the cops procured the petrol pump’s CCTV footage.

On being confronted with video evidence, Raja confessed to having burnt Rangaraj alive. Police investigation disclosed that Rangaraj had borrowed around Rs 1.5 crore from several lenders, who persistently troubled Jothimani for money. Rangaraj had taken three insurance policies worth Rs 3.5 crore, with Jothimani being the nominee. Jothimani decided to kill him and make it appear like an accident, with the intention to claim the insurance amount.

She approached Raja, who agreed to help her for money. She gave him Rs 50,000 as advance, and Rs 1 lakh was to be paid after Rangaraj’s elimination. Police said both accused have been arrested and they have confessed to the crime. They have been booked for murder; police added.