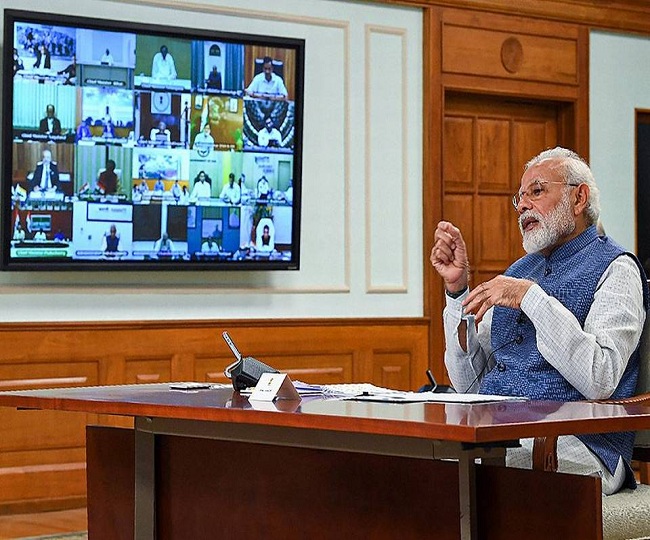 New Delhi: Prime Minister Narendra Modi is set to hold marathon meetings with chief ministers on Tuesday and Wednesday to review strategies to tackle covid and to decide on extent of economic activity to be allowed in future.

Modi will on Tuesday meet the chief ministers and top officials of 21 states and Union territories, which account for only 5% of total cases in India. His second meeting, by contrast, is with the chief ministers of a handful of states that not only account for the most covid-positive cases but have also been hit by the exodus of daily wage workers. Tuesday’s meeting will be attended by representatives of six Union territories, North Eastern states and Uttarakhand and Himachal Pradesh, among others, according to a list shared by the Prime Minister’s Office last week. The worst affected of these states are Assam, which has a total of 4,000 total cases, Punjab with over 3,000 cases, and Kerala with over 2,400 cases.

The total number of cases in these 21 states and Union territories is more than 19,000, with over 9,600 recoveries and 154 deaths as of Monday. The number of cases nationally is more than 3.32 lakh, of which 1.69 lakh have recovered as of Monday. There have been 9,520 deaths across the country till Monday because of covid-19. Among the northeastern states, too, the figures skewed with Assam and Tripura reporting 1,000 active cases and one death. The other six states in the region have reported a little more than 900 total cases and just one death.

Modi’s second meeting is with the chief ministers of the most affected states, including Maharashtra, Delhi, Gujarat, and Tamil Nadu, the four states that have a total of 210,000 total and thus account for nearly 65% of the national burden. Maharashtra has reported 3,950 deaths, Gujarat 1,477, and Delhi 1,327 deaths. The chief ministers are expected to decide on their strategies to continue economic activity along with strict lockdown measures in red zones and containment zones. The chief ministers of states not ruled by parties that are members of the National Democratic Alliance are expected to reiterate their demand for more direct financial assistance from the Centre to handle fallout of the pandemic.