News » SPORTS » Even I have come to play: When Mohammad Kaif ignored Sourav Ganguly’s advice and hammered a six

Even I have come to play: When Mohammad Kaif ignored Sourav Ganguly’s advice and hammered a six 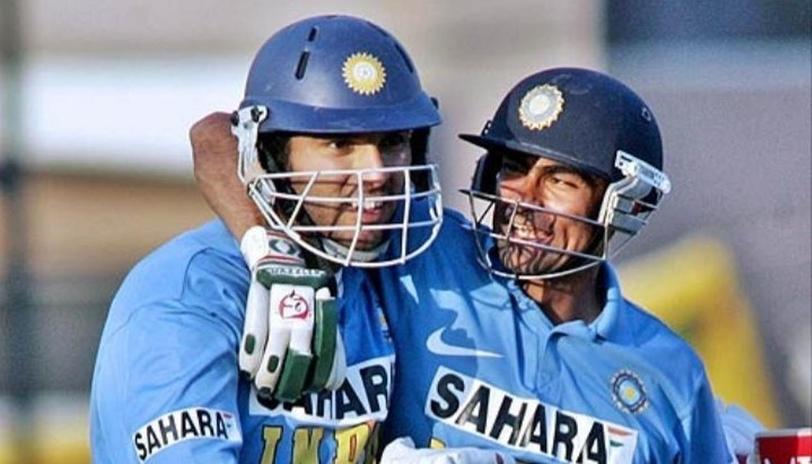 Mumbai: The 2002 Natwest series final between India and England at Lord’s is regarded as one of India’s most memorable chases.

At the time, when there was no T20I cricket, chasing down the target of 326 was no easy feat. Doing so at Lord’s against Nasser Hussain’s England was even harder. But Sourav Ganguly-led India chased down the target, courtesy a brilliant counter-attacking partnership between Yuvraj Singh and Mohammad Kaif.

As soon as Yuvraj stepped out, he made his intentions clear that he is going to go after the bowlers. India were five down at the time, and Kaif and Yuvraj were building on a partnership where the latter was hitting boundaries, while the former was holding on to one end.

With the required run rate increasing steadily, a worried India captain Sourav Ganguly started screaming from the pavilion, asking Kaif to take a single and put Yuvraj on strike. Speaking on Instagram Live, Yuvraj and Kaif recalled what happened afterwards:

Yuvraj: “Dada asked you to give me a strike. He kept screaming, take a single, take a single. And what did you do on the next ball?”

Kaif: “I got a short ball on the next ball. I had a knack of hitting pull shot on short deliveries at the time, so I smacked a pull shot and it went for a six.”

Yuvraj: “What did you do afterwards you hit a six? You came to me, gave me a punch and said ‘Hum bhi khelne aaye hain!’ (both laugh). Dada went quiet after that. He realised Kaif can also hit sixes.”

Kaif: (laughing) “I remember someone was ready to bring out water as Dada wanted to send instructions to me to run a single. But then after that six, no one came. Dada was like ‘sab jahan ho wahin bethe raho’.”

Kaif remained unbeaten on 87 in 75 balls with 2 sixes and 6 fours in his innings, as India chased down the mammoth total to win the match by 2 wickets. Ganguly removed and waved his jersey on Lord’s balcony to celebrate the win – a moment which is entrenched in the minds of every Indian cricketing fan.

Up to 7 Year Jail for Attack On Corona Warriors, Says Govt After Amit Shah’s Assurance

Coronavirus will be with us for a long time’ WHO chief says, US to reconsider funding

Coronavirus will be with us for a long time' WHO chief says, US to reconsider funding