When I land in India Covid-19 pandamic will end: Nithyananda 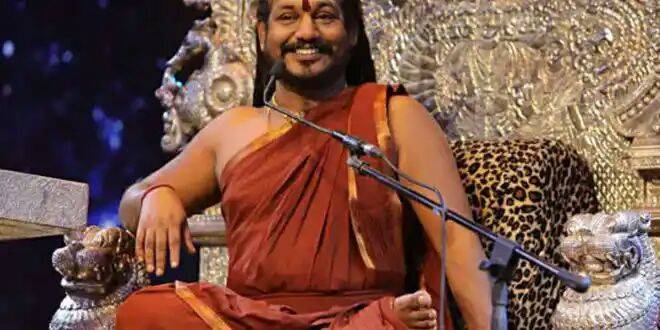 Self-styled godman Nithyananda in his new video, says that the Covid-19 pandemic will end only when he lands in India. The fugitive self-styled godman, who has been accused of sexual assault, fled India in 2019, said to have been hiding in Ecuador, claimed that he had set up a so-called ‘Virtual Island’ called ‘Kailasa’ off the coast of Ecuador.

The self-styled godman used to give sudden entries by releasing videos from time to time to create a stir on social media that eye-catch netizens to create social humour via memes and reactions that eventually go viral. Further, Nithyananda said that he had appealed to the UN requesting to declare ‘Kailasa’ a separate country.

Nithyananda also created a website exclusively for Kailasa, following that, he also made a shocking announcement through video that he had opened a Reserve Bank in Kailasa and unveiled new currencies.

Meanwhile, on April 19, the self-styled godman announced that devotees from India will not be permitted to enter his ‘Kailasa’ during the Covid-19 second-wave outbreak.