News » TECH » WhatsApp may lead India’s next payment revolution, but what’s stopping it?

WhatsApp may lead India’s next payment revolution, but what’s stopping it? 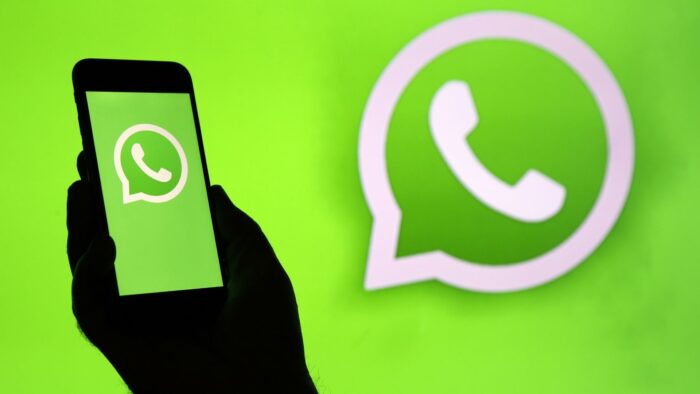 Bengaluru: Money is many things, but it’s not fake news. So why block WhatsApp from spreading it around? India is the laboratory of choice for Western tech firms to test out their mobile payment capabilities so they can be rolled out from Bangladesh to Nigeria. Facebook Inc. CEO Mark Zuckerberg entered the fray two years ago by enabling the popular messaging service WhatsApp to send and receive money in India.

While Facebook Inc. deserves scrutiny globally for providing a platform for hate speech, voter manipulation and dissemination of untruth, cashless transfers is one area where WhatsApp can be a force for good. That’s especially true in emerging economies like India. As the Covid-19 lockdown has underscored, hundreds of millions of rural migrant workers in urban centers lack both liquid savings and a state-provided safety net. Increasingly ubiquitous smartphones can bring vulnerable citizens the financial security that bank branches can’t supply.

To restrain WhatsApp is a waste of the infrastructure India has built. Four years ago, the country set up a shared interface linking more than 150 participating banks. An account holder in any of them can send or receive money to anybody else on the network. The two parties don’t need to know anything more than each other’s mobile number or a virtual ID. From Google to Walmart, any app can tap the common protocol, which already supports transactions worth more than 10% of gross domestic product. Google is so impressed it wants the US Federal Reserve to consider adopting the standard.

WhatsApp needs a nod from the regulator, the National Payments Corporation of India, to throw open the switch. The first roadblock was the central bank’s requirement that payment data be stored only locally. That hurdle has been crossed, but the service remains restricted. In February, a little-known think tank filed a lawsuit, asking India’s Supreme Court to block payments on WhatsApp “since it’s known to have failed to secure sensitive data of its users.” In an affidavit this week, WhatsApp said that the petition by the “busybody” was not maintainable. Legal challenges in India can drag on endlessly.

The popularity of the messaging app, which has more than 400 million Indian users, is its biggest strength and its worst enemy. Take pinBox, which wants to introduce digital micro-pensions to the masses across Asia and Africa. It’s waiting eagerly for WhatsApp payments. The combination of financial and digital illiteracy can be a showstopper; it’s much easier to promote a saving culture on a messaging app where people spend most of their waking hours, anyway.

The familiarity with the medium cuts both ways. Recently, the service was used to accuse Muslims in India of deliberately transmitting Covid-19, triggering assaults on the minority community. But then, disinformation isn’t limited either to WhatsApp or India. TikTok, the most-downloaded app during the pandemic, had posts claiming that 5G technology helps spread the virus, fueling violence against telecommunications workers and equipment across the U.K. and Europe. In India, the user-video platform has raised hackles for enabling sharing of content that promotes acid attacks on women.

While regulators should push Zuckerberg to keep making social media safer, for instance by restricting message forwarding, they need to be pragmatic when it comes to online payments. China is far ahead. But that market, in the pincer grasp of Alipay and WeChat Pay wallets, isn’t open to US firms. Besides, the scope for replacing cash is bigger in India, where 14% of money supply is still currency in circulation, a figure that China has crunched to 4%. The size of the opportunity is why India is attracting attention.

Others will catch up. Amazon.com Inc. is planning to take a $2 billion stake in Bharti Airtel Ltd., Jio’s closest rival, Reuters has reported. According to the Financial Times, Google is exploring an investment in Vodafone Group Plc’s struggling India wireless business.