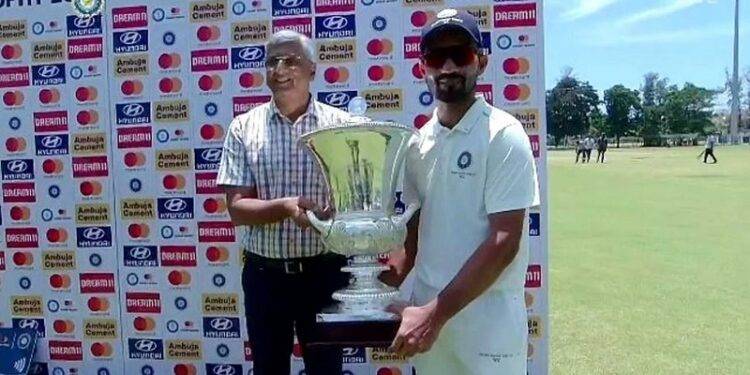 Duleep Trophy 2022 Final has won the match against South Zone and West Zone has emerged as the champion. West zone captain Ajinkya Rahane elected to bat after winning the toss in the final at the SNR College ground in Coimbatore. Western Zone crowned champions in the Duleep Trophy.

West Zone, who started the second innings with a deficit of 57 runs, displayed a great batting performance. Opener Yassavi Jaiswal (265) scored a double century while Shreyas Iyer scored 71 runs. Now Sarfaraz Khan (127) helped to collect a huge amount in the 2nd innings by blasting a blazing century. Accordingly, West Zone declared by scoring 585 runs for the loss of 4 wickets.

South zone opener Rohan (93) who got a huge target in the last innings played a good innings but the rest of the batsmen did not perform as expected. As a result, South Zone was all out for 234 runs. With this, they achieved a great victory of 294 runs and became the champion of the western zone.