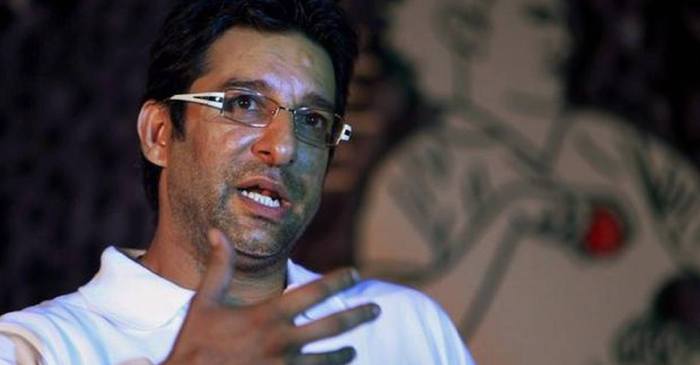 In the video, the former Pakistani skipper revealed his choice of the top five batsmen of all time. Akram began the business by picking Sir Vivian Richards as the best batsman. He ranked Richards as the number one batter. Richards has played 187 ODI games and accumulated 6721 runs at an impressive average of 47. When it comes to Tests, the Antiguan cricketer amassed 8540 runs in 121 matches at an outstanding average of 50.23 sparkled with 24 centuries.

Akram next selected arguably one of the greatest New Zealand’s players, Martin Crowe. The former Kiwi skipper who passed away in March 2016, appeared in 77 Tests and 143 ODIs scoring 5444 and 4704 runs respectively. Akram hailed Crowe as one of the most delicate batters of reverse swing. When the world was unknown of “reverse swing, Crowe came to Pakistan and smashed two hundred in the Test series,” said Akram. Akram then went with Brian Lara, Inzamam-ul-Haq as the third, and fourth batsmen, respectively. Lara, the genius from the West Indies, scored more than 20000 runs in 131 Tests and 299 ODIs. Inzamam, on the other hand, clubbed 8830 runs in Tests and 11,739 runs in the 50-over format.

For the fifth position, Akram named the iconic Sachin Tendulkar. The Mumbaikar appeared for India in 200 Tests, 463 ODIs and 1 T20I. He finished his career as the highest run-scorer in both Test and ODI and highest century-getter in both the formats. Sachin has 15921 runs in Tests, and 18426 runs to his name in ODIs. Akram also explained why he ranked Sachin at the fifth spot. He claimed that Sachin didn’t play in Tests against him or Waqar Younis when they were at their peak.

“Me and Waqar haven’t played against Sachin in Test cricket for a period of 10 years. He debuted in 1989 when he was 16-year-old, then we faced him in 1999 in Test format. We did play in ODIs but when we didn’t play him when we were at our peak. There is no doubt that Sachin is the greatest of all-time, but I can’t judge him as a bowler because I haven’t bowled him during the peak of my Test career,” the Lahore-born clarified.