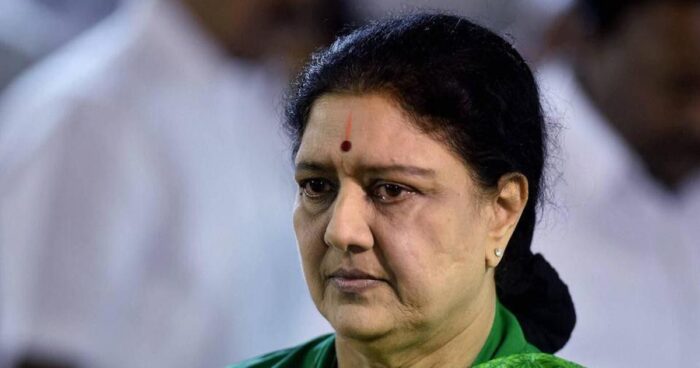 Bengaluru: Day after being admitted to a hospital in Bengaluru, expelled AIADMK leader VK Sasikala tested positive for COVID-19 on Thursday.

She was shifted to the trauma care ward of Victoria Hospital in the city. Her illness comes at a time when she was just a week away from being released from the prison on January 27. She will now have to remain quarantined in the hospital for 10 more days.

Sasikala, a close aide of former Tamil Nadu Chief Minister J Jayalalithaa, was admitted to the Government Bowring Hospital on Wednesday after she complained of fever and breathlessness. Earlier in the day, Director of the Bowring Hospital Dr Manoj Kumar H V had said that her health condition was normal and stable.

However, after the CT scan and other tests, the doctors felt that the infection in her lungs was significant and there was a need for re-test. In the second test she was found positive and has been admitted to Victoria Hospital.

Sasikala, lodged at the Parappana Agrahara Prison here, was sentenced to four years imprisonment in February 2017 in the Rs 66 crore disproportionate assets case.