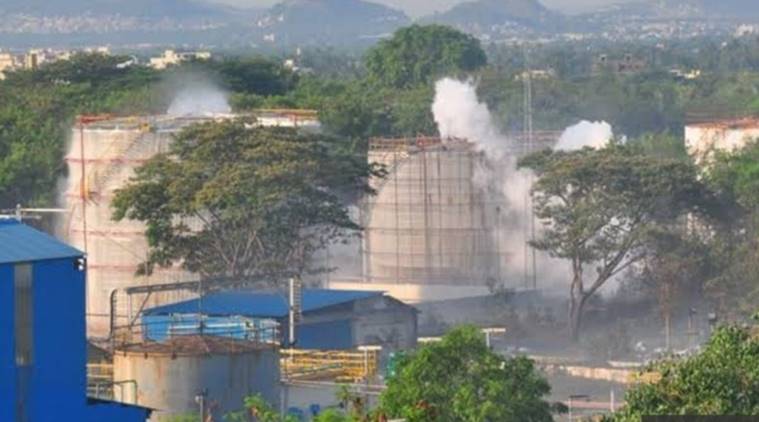 Visakhapatnam: Unconscious children being carried by parents in their arms, people laying on roads, health workers scrambling to attend to those affected by the styrene vapour leak and residents fleeing were some of the scenes that played out near here on Thursday, bringing back grim memories of the 1984 Bhopal gas tragedy.

The leak of styrene, a chemical used to make synthetic rubber and resins, among others, occurred in the wee hours of Thursday while people were still fast asleep.

Women and children were seen lying on roads struggling to breath, reminiscent of the infamous Bhopal gas tragedy when a leak from the Union Carbide plant left around 3,500 dead and many maimed. The worst-hit Gopalapatnam village reverberated with cries of people for help.

Many people fell unconscious during their sleep, a villager said. Affected people, suffering writ large on their faces, were rushed to hospitals in autorickshaws and on two wheelers. Visakhapatnam Collector Vinay Chand said 20 ambulances were pressed into service as soon information about the gas leak was received. Exposure to styrene, also known as ethenylbenzene, vinylbenzene can affect the central nervous system (CNS), causing headache, fatigue, weakness, and depression.

It is primarily used in the production of polystyrene plastics and resins. The gas leak took place at LG Polymers chemical plant. The LG Polymers industry was set up in 1961, as Hindustan Polymers.

The company manufactures polystyrene and its co-polymers in Vizag. In 1978, it was merged with Mc Dowell and Company Limited of UB Group. Taken over by LG Chem (South Korea), Hindustan Polymers was renamed LG Polymers India Private Limited (LGPI) in July, 1997.