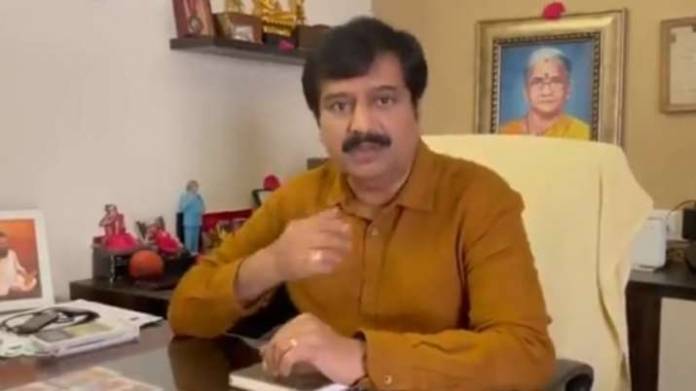 Chennai: Tamil actor-comedian and Padma Shri awardee Vivek, who has performed in more than 220 films, died following a cardiac arrest at 4.45am in a Chennai hospital on Saturday.

According to doctors, the actor had a 100% blockage in the LAD (left anterior descending artery) vessel which led to a massive cardiac arrest. As per a medical bulletin, the actor was critical and on ECMO support. The bulletin added that the cardiac arrest was not linked to Covid-19 vaccination.

The 59-year old actor was brought to the SIMS hospital at 11 am on Friday in an unconscious state on Friday and underwent emergency coronary angiogram followed by angioplasty, the medical bulletin stated. In a statement, the SIMS Hospital had said that Vivek was brought to the emergency ward of the hospital in an unconscious state at about 11am. by his family members. Vivek was resuscitated in the emergency room by specialists.

Later, he underwent an emergency coronary angiogram followed by an angioplasty. A cardiogenic shock is a condition where the heart is not able to pump sufficient blood that the body needs, which occurs due to a severe heart attack.

According to the doctors, Vivek had complained to his family members about chest pain. The doctors had also ruled out any link with the Covid-19 vaccine shot that he took on Thursday.

Share
Facebook
Twitter
Pinterest
WhatsApp
Telegram
Previous articleIndian Bowler dead on the spot after being hit by the ball on his head
Next articleYes! Men can get breast cancer too: Here’s all you need to know