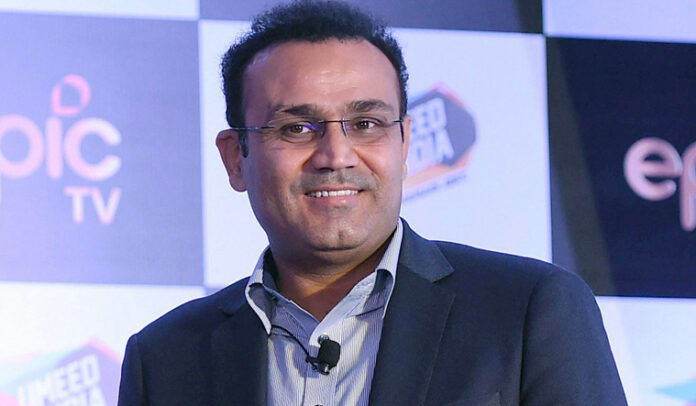 Sehwag on Tuesday claimed that Virat Kohli and co. backed promising batters for 4-5 matches but didn’t do the same for bowlers. Sehwag pointed towards the selection of KL Rahul in the first ODI to state his displeasure against Team India benching leg-spinner Yuzvendra Chahal.

Both KL Rahul and Yuzvendra Chahal faced an axe from the playing 11 following poor performances in the T20I series. While Chahal was dropped after the third match, Rahul suffered the same fate in the series-decider. However, Rahul was reinstated in the playing 11 for the first ODI while Chahal has continued to warm the bench with India opting for Kuldeep Yadav.
Sehwag asked if Team India would have given the same treatment to Jasprit Bumrah had he endured poor outings in 4-5 matches just like Chahal?
‘You snub bowlers after one game, but you gave 4 matches to KL Rahul then sat him out in the 5th game. So, if you give bowlers that many chances there will be poor games for them too. If this was [Jasprit] Bumrah and he had 4 moderate outings, will you have thought to exclude Bumrah as well? No, you would have said ‘he’s a good bowler, he will make a comeback.’,’ Virender Sehwag said on Cricbuzz
‘Yuzvendra Chahal is your top T20 bowler, he gives you wickets, and he got 2-3 bad games and now is out of the team. One is a top bowler in ICC rankings and other is the top batter, so why partiality in them? I don’t understand this concept,’ he added.