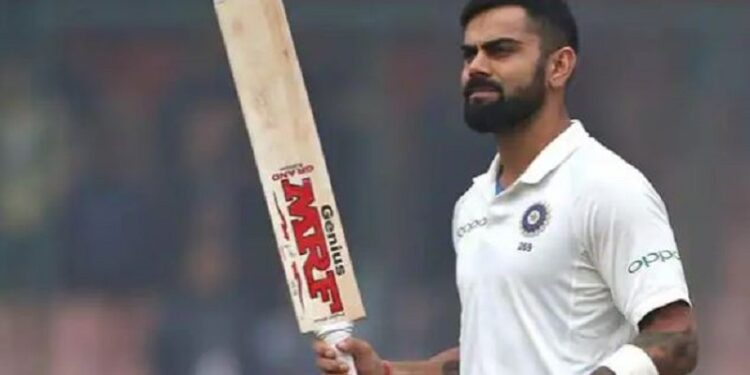 India Tour of England begins in July comprising a one-off Test, three T20Is and three ODIs between July 1 and 17. Ahead of the start of the IND vs ENG  series, Team India are currently playing a warm-up game against English county club Leicestershire.  In recent development  Virender Sehwag breaks silence on Virat Kohli performance.

Since the start of the 2019 cricket season, Virat Kohli has struggled mightily with runs. The year 2021 was particularly tough because he lost his captaincy in all three formats and his run drought persisted. Fans believed that Kohli, who is free of the captaincy duty, may become the Orange Cap bearer as IPL 2022 approached.

However they were mistaken as the season was not the best for India’s contemporary superstar. When he arrived in England, he started to show signs of recovery by scoring a fifty against Leicestershire in the warm-up game. Virender Sehwag, who had observed him closely at Delhi Cricket, reacted to his recent form by declaring that “Cheeku’s” dark days are over.

“Do you remember when was the last time, Virat Kohli scored a century? Even I don’t remember. He would definitely want that he scores big in this Edgbaston Test which is the series decider,” he told on Sony’s pre-match show ‘Extra Innings.’ “I think his bad days are over. Ab lagta hai behtar din ayenge (I think now his better days will come) and they have already started.

Virat Kohli has scored fifty in both the innings.” (Kohli scored a fifty in the 2nd innings and he scored 33 runs in the first innings. Kohli last scored a century in international cricket against Bangladesh in India’s first-ever Pink Ball Test Match in Kolkata in 2019, since then he has been struggling to hit form.

He has played some great knocks since then but the century has alluded him for a long time. Kohli therefore would look to make it count in the last Test match against England who themselves are in hot form right now.