by News Next Desk
in ENTERTAINMENT, SPORTS, LATEST NEWS, INDIA 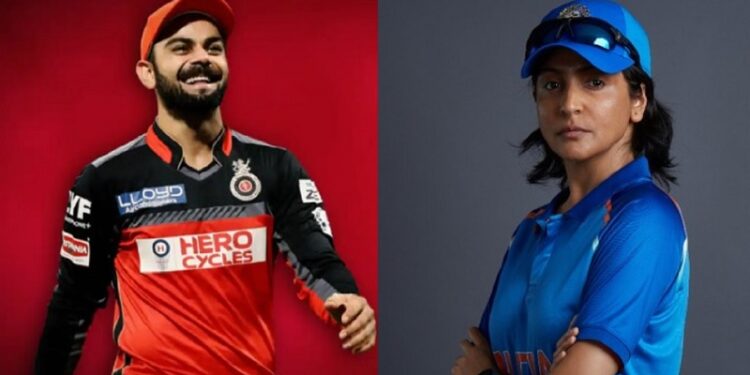 The Netflix film Chakda Xpress film’s teaser started trending instantly and it got a huge shout our from several Bollywood stars. The loudest cheer came from actress Taapsee Pannu, who will be seen playing the role of cricketer Mithali Raj in the film Shabaash Mithu. Reacting to the film’s teaser, the actress wrote: “From Mithali to Jhulan! Go for it sister.” In a separate Instagram story, Taapsee Pannu wrote: “Time for “Women in blue”. Go for it Chakda Express!”

Virat Kohli wife Anushka Sharma on Thursday, announced her association to the project Chakda Xpress on Instagram. An excerpt from her post read: “It is a really special film because it is essentially a story of tremendous sacrifice. Chakda Xpress is inspired by the life and times of former Indian captain Jhulan Goswami and it will be an eye-opener into the world of women’s cricket.

At a time when Jhulan decided to become a cricketer and make her country proud on the global stage, it was very tough for women to even think of playing the sport. This film is a dramatic retelling of several instances that shaped her life and also women’s cricket.”

Meanwhile, Taapsee Pannu will be seen in the film Shabaash Mithu, which is a biopic on cricketer Mithali Raj. The film is being directed by Rahul Dholakia. Taapsee Pannu announced her association with the project on Mithali Raj’s birthday in 2019. She tweeted pictures with the cricketer and wrote: “Happy Birthday Captain.

On this Birthday, I don’t know what gift I can give you but this promise that I shall give it all I have to make sure you will be proud of what you see of yourself on screen with Shabaash Mithu. PS_ I’m all prepared to learn the ‘cover drive’.”