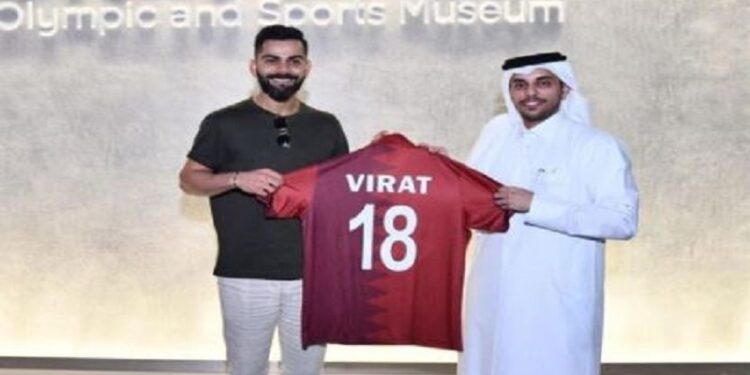 At the same time, Sheikh Abdulaziz bin Saud Al Thani, President of Qatar Cricket Association, gifted a No.18 jersey to Kohli. No.18 is Kohli’s jersey number. During his visit to Doha, Kohli also visited the Museum of Islamic Art and Aspetar. Not only that, they clicked selfies with their fans there. Kohli, who has tweeted about his visit to Doha, said that he spent wonderful moments.Kohli visits 3-2-1 Qatar Olympic and Sports Museum

Virat Kohli, the greatest batsman of the modern cricket world, has a huge fan following in Dubai. Virat Kohli’s number of followers on Instagram is 212 million, while Andre has 21 crores.

The last time he scored a century was in the Test match against Bangladesh at Eden Gardens in Kolkata in November 2019. After that, Kohli did not score a century with the bat. Virat Kohli holds the world record for the fastest 70 centuries in international cricket.

Also Read: Virat Kohli is all set to play his 100th T20 match against Pakistan

Kohli, who is confident of finding form in the Asia Cup tournament, will play at number 3. Defending champions India will begin their Asia Cup campaign tomorrow (Sunday) against arch-rivals Pakistan in their first match at the Dubai International Cricket Stadium.