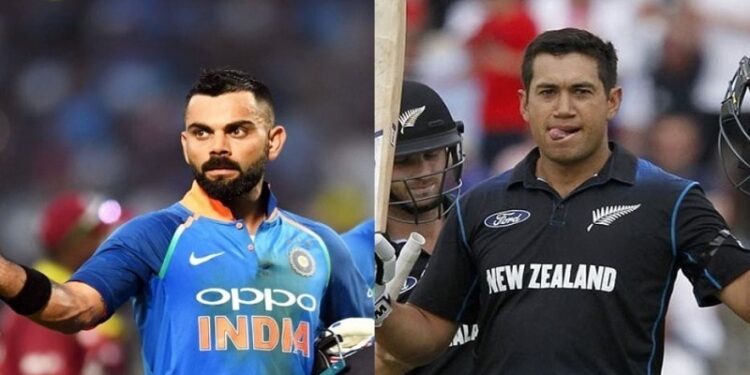 Asia Cup 2022: Team India won by 5 wickets in the match against Pakistan at Dubai International Ground on Sunday. What is special is that this was Virat Kohli’s 100th T20 match. By playing in this match, King Kohli has equalled a rare world record in the history of cricket. Asia Cup 2022: Virat Kohli to join Ross Taylor in Elite list.

That means he has become the second player in the world to have played 100 matches in three types of cricket. Also, Kohli became the first cricketer of Team India to achieve this feat. Virat Kohli to join Ross Taylor in Elite list. That means Kohli has created the world record of being the first Indian player to play 100 Tests, 100 ODIs and 100 T20Is and the second cricketer in the world.

Before this, New Zealand’s Ross Taylor had played 100 matches in all three formats. Taylor, who announced his retirement from international cricket last year, played 112 Tests, 236 ODIs and 102 Test matches. Through this, he created the record of being the first player in the world to play 100 matches in three types of cricket. Virat Kohli to join Ross Taylor in Elite list

Virat Kohli, who has played 92 innings in 100 T20 matches for Team India, has scored 3343 runs at an average of 50. He has also scored 30 fifties this time. Apart from that, he is the third batsman in the world who has scored the most runs in T20 cricket. King Kohli has added another record to his name by creating a rare world record by hitting a total against Pakistan.