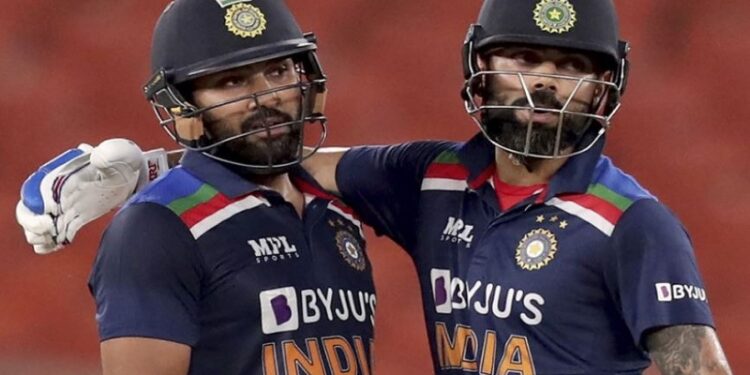 Indian cricket team begins its tour of England with the rescheduled 5th Test in Edgbaston, starting July 01. If a full 5-day match takes place, the Test assignment will conclude on July 05. What’s problematic is the fact that the T20Is series is scheduled to begin on July 07 which gives the Indian team just a 1-day break. Virat Kohli, Rohit Sharma enter T20 squad against England.

Rumours of the Indian team being forced to field the squad selected against Ireland for the first T20I against England have been doing rounds. However, it has now been reported that the full strength Indian squad, consisting of Virat Kohli, Rohit Sharma and others, will be available to take on 3-match T20 squad against England.

The option of fielding a second-stringed Indian side, which will be taking on Ireland in 2 T20Is on June 26 and June 28, does exist. But, the Board of Control for Cricket in India (BCCI) selection committee doesn’t seem to be keen on going this route. As per a report in Insidesport, all the first-team players, including Kohli and Rohit, will be available for selection right from the beginning of the T20I series.

A number of rookie players were selected for the T20Is against Ireland. The likes of Rahul Tripathi, Sanju Samson, Ruturaj Gaikwad, Ishan Kishan, Umran Malik, Arshdeep Singh, etc. got the nod for the series. But, some of them might not be included in the Indians squad for the England assignment.

“We have a set team. We just need to trim it a little for the England series to accommodate the seniors. Some of the guys will return home after the Ireland series. We will have a selection meeting soon. We will have a larger squad for contingency as the team will not be in a bio-bubble,” a member of the selection committee said.