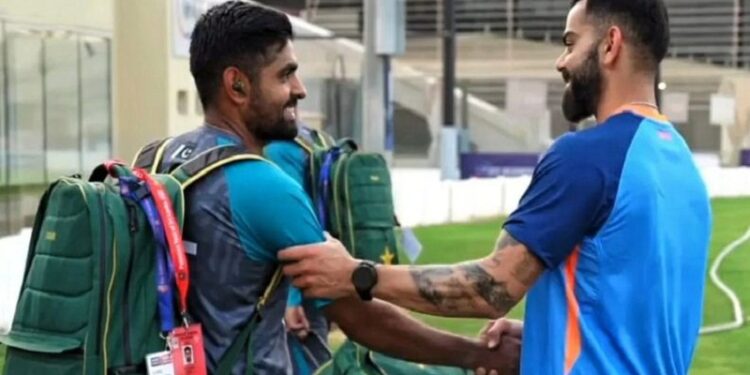 India and Pakistan teams practiced at the Dubai International Cricket Ground on Wednesday. At this time, Virat Kohli and Babar met. Pakistan captain Babar has held talks with Azam Kohli for some time. A picture of Kohli-Babar’s meeting has gone viral on social media.

Babar Azam, who is currently one of the top batsmen in the world of cricket, is a big fan of Virat Kohli. On the other hand, Virat Kohli, who has lost his batting form, is confident of finding form in the Asia Cup tournament.

The High Voltage Asia Cup match between India and Pakistan will be held this Sunday (August 28) at the Dubai International Stadium. In this match, all eyes are on the former captain of Team India, Virat Kohli. Virat Kohli has not scored a century in international cricket since he scored a century in a Test match against Bangladesh at Eden Gardens in Kolkata in November 2019. Virat Kohli has been facing a drought of centuries for the last one thousand days.

Jio’s first ever 5G smartphone to hit the market: Check Price and features