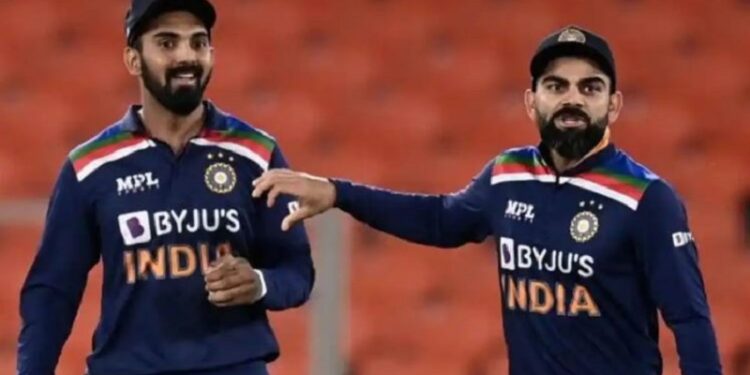 The BCCI has announced the 15-man India squad for the upcoming Asia Cup 2022. Virat Kohli, KL Rahul enter: big changes in Asia Cup 2022 squad. The squad sees a return of former India captain Virat Kohli and current T20 vice-captain KL Rahul. While Kohli asked for rest in the aftermath of his poor form, Rahul contracted Covid-19 at NCA while he underwent a recovery after sports hernia operation.

Rohit Sharma has been named captain and Arshdeep Singh is India’s third seamer. Besides, Deepak Hooda has also made the cut which means he will be India’s back-up number three. India’s fast bowling would have been led by Jasprit Bumrah, but he is ruled out with a back-injury. In his absence, Bhuvneshwar Kumar will be India’s lead seamer with Arshdeep Singh and Avesh Khan being the other two seamers.

Ishan Kishan, Shreyas Iyer both have missed out and so did Axar Patel who was considered to be like for like replacement. Furthermore, Ravichandran Ashwin has also made the cut as a back spinner in the 15 with Ravi Bishnoi being the fourth tweaker. Jasprit Bumrah and Harshal Patel were not available for selection owing to injuries.

They are currently undergoing rehab at the NCA in Bengaluru. Three players – Shreyas Iyer, Axar Patel and Deepak Chahar have been named as standbys. The 6-team Asia Cup begins on August 27 in Dubai. India will kick off campaign against Pakistan at the Dubai International Stadium a day later.

Rohit Sharma men are in group A with arch-rivals Pakistan and another qualifier team which will be finalised by August 26. Asia Cup will provide a huge window to India’s preparation for the all-important 2022 T20 World Cup which begins in Australia on October 16.