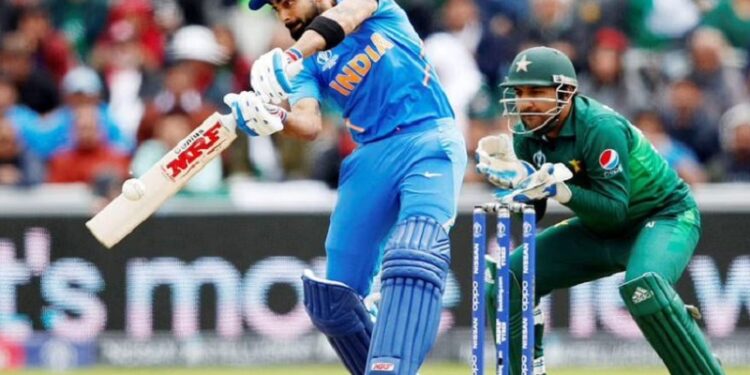 The first match of the Asia Cup is a very special match for Virat Kohli, the former captain of Team India. This means that King Kohli will become a special record of playing 100 matches in T20 cricket if he plays against Pakistan. Another special thing here is that Team India has not lost in Kohli’s special matches. Virat Kohli is all set to play his 100th T20 match against Pakistan

In Kohli’s 100th Test match, the Indian team defeated Sri Lanka by an innings and 222 runs. In other words, Team India had a great victory in the special match of Virat Kohli.

India’s opening clash of the 2022 Asia Cup will be a historic occasion for Virat Kohli as he will make his 100th T20I appearance as the Men in Blue take the field against arch-rivals Pakistan on Sunday (August 28) at the Dubai International Cricket Stadium.

After acquiring his 100th cap in Test cricket earlier this year when Team India faced Sri Lanka in a Test match at the Punjab Cricket Association (PCA) Stadium in Mohali in March, Kohli is set to achieve the same milestone in T20I cricket too.

Kohli’s achievement will be a significant one as it will make him only the second cricketer in the world to achieve the elusive milestone of completing a century of matches in all three formats of the game. Legendary New Zealand batter Ross Taylor is the only other batter in world cricket to complete this unique feat. Kohli will be the first Indian to reach the milestone and only second after skipper Rohit Sharma (132) to play 100 or more matches in T20 cricket at the international level.

Kohli could also join Rohit Sharma to become the second Indian to hit 100 or more sixes in T20I cricket. Currently, Kohli has hit 93 maximums in his international cricket in the shortest format and is seven hits away from joining Rohit in the elite list.

Virat Kohli played his 100th ODI innings against West Indies in 2013. This time too, Team India won by 8 wickets.

Virat Kohli played his 100th ODI in the 2013 Champions Trophy final. At this time, Team India beat England by 5 runs and became the champion.

Now Virat Kohli is all set to play his 100th T20 match against Pakistan.

As per the previous statistics, we have to wait and see if Team India will win in the special match of Virat Kohli.