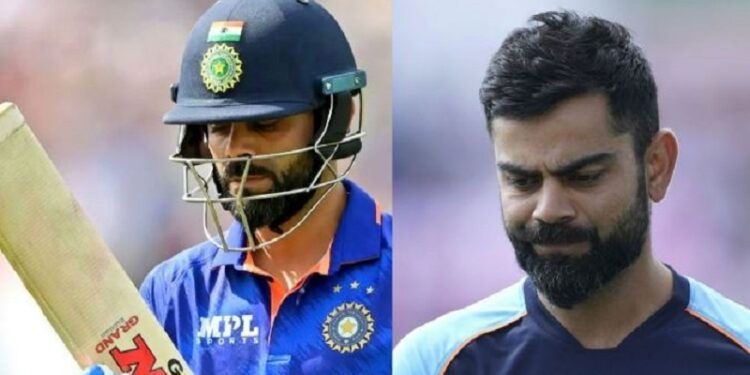 Virat Kohli is another name for commitment in modern cricket. King Kohli, who is called as a modern cricket legend, is the legend who completed 70 centuries in international cricket at the fastest time.

Now modern cricket legend Kohli has revealed a surprising fact that happened in his life in the last one month. In an interview given to Star Sports channel, Kohli revealed the interesting fact that for the first time in 10 years, he did not touch a cricket bat for a whole month.

King Kohli, who is facing a miserable failure in international cricket, took a break from cricket after the England tour. At this time, Kohli, who went on a European tour with his wife Anushka Sharma and daughter Wamika, was out of the T20 against West Indies and the ODI series against Zimbabwe.

Kohli, who was away from cricket for a month to recover from excessive mental stress, said that he did not touch the bat even once.

“For the first time in 10 years I didn’t touch a bat for a whole month. The tension in the mind towards the game, that intensity was increasing. But the body was saying something else. It felt like the body was telling me to take a break and step up,” said Virat Kohli.

People see me as a very mentally strong person and I am. Because everyone has a limit, we have to realize that limit.

Otherwise, nothing will go as planned. This period taught me many lessons. I never allowed such a phase to come in my life. I accepted it when it came,” said Virat Kohli reminiscing about his tough days.

Virat Kohli, who is currently in Dubai with the Indian team for the Asia Cup, is confident of performing well in the Asia Cup. Defending champions India will begin their campaign against arch-rivals Pakistan on Sunday.