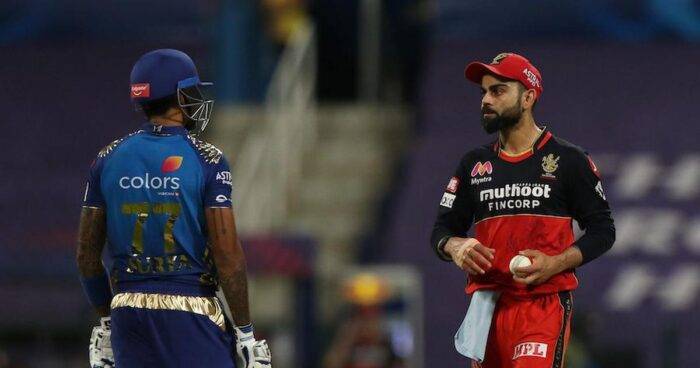 Mumbai: Mumbai Indians(MI) batsman Suryakumar Yadav (SKY), who was the star that got praises from fans and cricket pundits alike, has now got netizens slamming him for his actions online.

The batsman who made the headlines during the Dream11 IPL 2020 for all the right reasons, is now in the news for liking a controversial tweet which took a dig at Indian skipper Virat Kohli, as well as, the selectors. In the tweet, the user spoke about the recent Rohit Sharma injury controversy had turned out.

When the India squads for Australia tour was announced, the Hitman was excluded from all three squads because of a hamstring injury.

However, the MI skipper, to everyone’s surprise, returned to play and even led Mumbai to their fifth IPL title. Later, the selectors included Rohit in the Test squad while resting him from the limited-overs squads to ensure that he is fully fit.

SKY liking the tweet – which has been deleted now – didn’t go down well with fans and he was soon slammed for his actions. Several reactions poured in as fans claimed that the 30-year old won’t get an opportunity to play for Team India anytime soon. Some even dragged Rohit Sharma’s name into the matter.

Power packed vegetables that can melt your Belly quickly