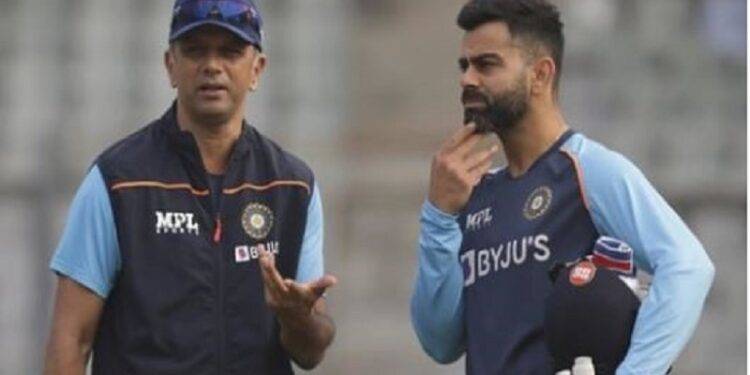 Virat Kohli scored a match-defining 63 against Australia on Sunday and now has 24078 runs in International Cricket, 14 runs ahead of the current coach Rahul Dravid. Kohli has now played 471 matches across formats and averages 53.62 with 71 tons in his name. The Legendary Rahul Dravid has played 504 matches and scored 24064 runs at an average of 45.57 with 48 centuries. Standing above Kohli in the list of Indians is only Legendary Sachin Tendulkar.

Meanwhile, the current skipper Rohit Sharma is also not far behind as he holds the seventh spot in the list of Indians with most runs. Sharma has donned the Indian jersey in 417 matches and has scored 16207 runs at an average of 43.21 with 41 centuries. The three-match India v South Africa T20Is, 2022 will begin on September 28 here is the full schedule.

India will host South Africa for three Twenty20 Internationals, in Thiruvananthapuram, Guwahati, and Indore, between September 28 and October 4, 2022. These will be the final T20I assignments for both sides ahead of the T20 World Cup in October in Australia. However, India and South Africa will also play three ODIs, in Lucknow, Ranchi, and Delhi, on October 6, 9, and 11.