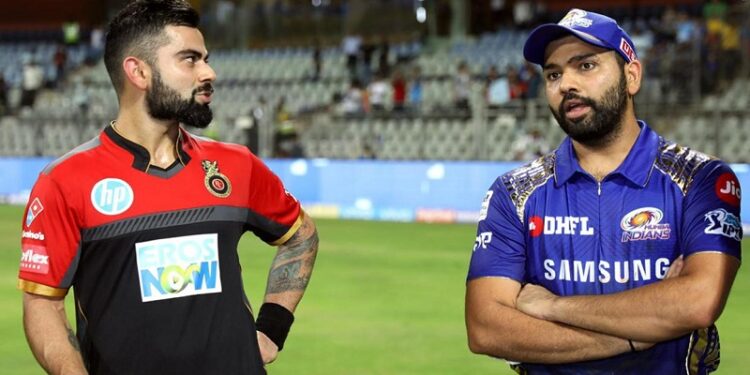 The 2022 Indian Premier League (IPL) has been a season to forget with the bat for Virat Kohli as the ex-Royal Challengers Bangalore (RCB) skipper has failed to hit form. Virat Kohli and Rohit Sharma form in IPL 2022, Matthew Hayden questioned Ravi Shastri.

So far in the 2022 IPL, Virat Kohli has just 216 runs to his name in 12 matches at a terrible average of 19.64. In Royal Challengers Bangalore previous match against Sunrisers Hyderabad (SRH) at Mumbai’s iconic Wankhede Stadium, Kohli hit a new career low as he registered his third golden duck of the season.

Prior to the ongoing season, Kohli had three first-ball dismissals in the 14-year IPL career but he has matched this tally in this season itself. Seeing Kohli’s diminishing returns with the bat, ex-Indian head coach Ravi Shastri had made a big claim that the talisman batter needs a break which divided opinions among the cricket community.

Former Australian opener Matthew Hayden has become the latest to opine on the same asking if Indian captain Rohit Sharma is getting the same advice while asserting that no player is going to voluntarily tell selectors he does not want to play.

Responding to Harsha Bhogle’s query during the RCB vs SRH match, Hayden, stated, “Does he say the same about Rohit Sharma? I mean these guys are playing cricket all the time, of course these tournaments, they come around so quickly, you get yourself into a mental space and Kohli has been brilliant at it for so many years, so animated, so passionate. To come off that though just for a moment and you are under pressure.”

The Aussie legend further added, “It takes so much courage as well, no player ever believes that they can go to the selector and go, ‘sorry, I need to be out’ because you wanna play, you wanna be that person to take control of the innings. It is so frustrating when you are getting into a little rut, you cannot find ways out. Sometimes it can be an explosive cover drive, a great pull shot or in Virat Kohli’s case, just a fantastic one or two with hard and positive body language like David Warner.”

LSG all out for 88 runs, Gujarat Titans first team enter playoff in IPL 2022

LSG all out for 88 runs, Gujarat Titans first team enter playoff in IPL 2022