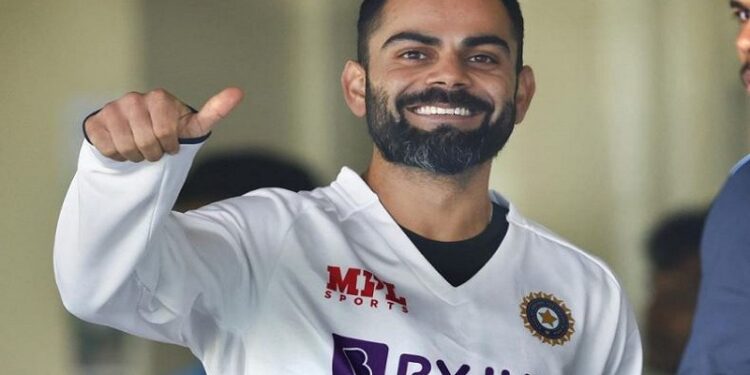 Last year, Rohit was the leading run-scorer for India in the four Tests vs England before the 5th Test had to reschedule after a Covid outbreak in the Indian camp. Courtesy his super show with bat and other performers, India lead the five-match series 2-1. The fifth Test starts on July 1 at Edgbaston and it will be interesting to see whether Rohit makes it or not?

Who to lead in absence of Rohit, That’s the big question. Rohit Sharma has just taken the baton from Virat kohli and was looking forward to his first match as captain in an overseas Test. Not to forget, India are leading 2-1 in the Test series all thanks to Virat, who led India superbly in the four Tests.

Should he take the responsibility for the 5th Test? Knowing how important the match is, that is the series is on stake, India can trust the former captain to step up again. But that will go against the normal procedure. In cases, when the main captain is missing, the vice-captain steps in.

However, in this case, there is no vice-captain named as even KL Rahul is out of the team due to a groin injury. BCCI selectors have not named any VC for the 5th Test and a decision will have to be made quickly in case Rohit is not missing. If Virat is not considered then we may see Rishabh Pant come in as replacement captain.

The 24-year-old cricketer just lead India in a T20 series vs South Africa that ended in 2-all. With selectors having faith intact in him, there are high chances that Pant may lead India. Rohit Sharma can still play 5th Test but only if he tests negative in further rounds of testing. Not to forget, Rohit as of now has tested positive in a Rapid Antigen Test, which gives quick reports and there could be a chance of a false positive.

He has tested for a round of RTPCR test as well, the report will come in a few hours and if he is positive in that test too, that may be the end of Rohit Sharma’s quest to play the 5th Test. While as National Health Services, a Covid positive person must not come out of isolation for 5 days, there is no update from BCCI or ECB how many days Rohit will have to serve quarantine if he is indeed positive.