by Subhaschandra
in SPORTS
A A 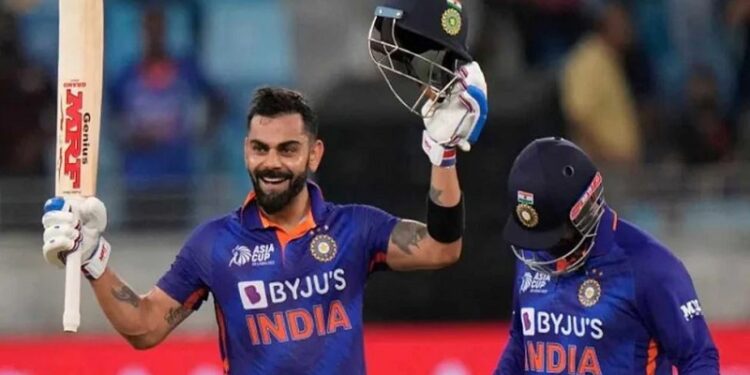 Kohli, who had lost his form, Kohli’s batting success in T20 international cricket in the last two months. From August 28 to October 27 (until the match against Netherlands), Virat Kohli scored 548 runs from 12 innings at an average of 78.28.

Before that, Virat scored only 81 runs from the 4 innings played from January 1 to August 27. King Kohli, who started with a bang from the Asia Cup tournament, not only found form, but also scored a magnificent century against Afghanistan.

In the last 8 T20 innings, Kohli has scored 394 runs at an average of 98.50. This included a total of five fifties including a century. Kohli remains unbeaten in the last three T20 innings.

India is a country where cricket is the most popular sport in the country. The fans and supporters put a lot of pressure on players who play for the Indian cricket team. Virat Kohli is widely considered one of the finest batsmen in cricket history.

In every match, he regularly performs at a high level. His enthusiasm for the game is truly inspiring.For all Indians, he is also known as a fitness icon. In cricket, reaching great heights is never simple. Many Indians aspire to be part of the Indian cricket team.

Despite the fierce competition, Kohli is the Indian cricket team’s skipper today. Virat Kohli has been a steady performer for India since 2013, collecting hundreds and match-winning runs.

Ind vs NZ,2nd T20I: Hardik Pandya has made horrific comment about pitch