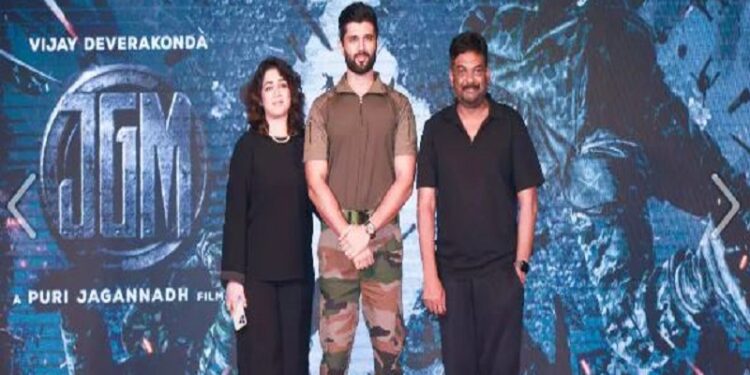 Vijay Devarakonda starrer ‘Liger’ failed to do well at the box office. This movie also lost in reviews. This defeat has given a lot of blow to his popularity. Vijay Devarakonda did not have any magic from this movie. In recent movie updates Vijay Devarakonda finally reacts on ‘Jana Gana Mana’ movie.

Many have accused director Puri Jagannadh miscalculation as the reason for this. Now this defeat has also affected the movie ‘Jana Gana Mana’ which was supposed to be made in the combination of these two. Vijay also refused to answer the question asked about this movie.

Vijay Devarakonda had prepared a lot for the film ‘Liger’. He devoted three to four years for this film. But, this effort is like wasted. Vijay Devarakonda upset for this reason. For this reason, he did not appear anywhere in public after ‘Liger’. Now Vijay had arrived at the ‘SIIMA’ Awards. On this occasion he welcomed the media.

After ‘Ligar’, Vijay and Puri Jagannath were supposed to work together in the movie ‘Jana Gana Mana’. However, because of the loss of ‘Liger’, it was said that the movie ‘JGM’ will not be set. when media person question about this, he did not answer the question.

‘Is it true that Jana Gana Mana’s movie will not be set?’ the media asked Vijay. Vijay replied, ‘Forget all that. We are here for SIIMA Award. Let’s enjoy this program’ said Vijay. His answer surprised many. More than 8 crore rupees have already been spent for the movie ‘Jana Gana Mana’. Muhurta of this movie was held, also, shooting of some scenes was also done.