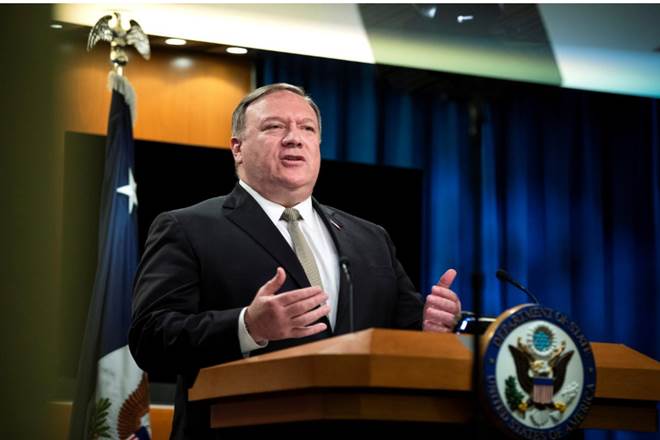 Today I am announcing visa restrictions on PRC government and Chinese Communist Party officials determined to be “substantially involved in the formulation or execution of policies related to access for foreigners to Tibetan areas,” pursuant to the Reciprocal Access to Tibet Act of 2018,” Pompeo said. Pompeo pointed out that Beijing has denied travel to the Tibetan Autonomous Region (TAR) and other Tibetan areas by U.S. diplomats and other officials, journalists, and tourists. Meanwhile, he said, that China’s citizens “enjoy far greater access to the United States.”

“The United States will continue to work to advance the sustainable economic development, environmental conservation, and humanitarian conditions of Tibetan communities within the People`s Republic of China and abroad,” he said. Pompeo said US also remains “committed to supporting meaningful autonomy for Tibetans, respect for their fundamental and unalienable human rights, and the preservation of their unique religious, cultural, and linguistic identity”.

In the spirit of true reciprocity, we will work closely with the U.S. Congress to ensure U.S. citizens have full access to all areas of the People`s Republic of China, including the TAR and other Tibetan areas,” he said. Meanwhile, United States announced on Monday that it would not allow foreign students, whose classes have moved online in the fall semester for the coronavirus disease (COVID-19) pandemic outbreak, to remain in the country and might initiate removal proceedings in case the instructions are not adhered to. “Nonimmigrant F-1 and M-1 students attending schools operating entirely online may not take a full online course load and remain in the United States,” the United States Immigration and Customs Enforcement (ICE) office said in a statement on this day.

The US ICE office, in its statement, added that the active students in the United States enrolled in such programs “must depart the country or take other measures, such as transferring to a school with in-person instruction to remain in lawful status”.  “If not, they may face immigration consequences including, but not limited to, the initiation of removal proceedings.”