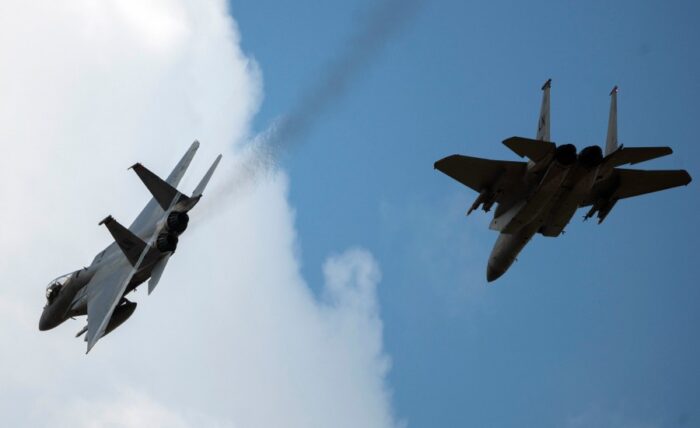 London: The F-15C Eagle, from the 48th Fighter Wing at RAF Lakenheath in Suffolk, crashed shortly after 09:40 BST while on a training mission.

The cause of the crash is currently unknown but the US Air Force confirmed only one pilot was on board. Search and rescue teams are looking for the aircraft, which is believed to have crashed 74 nautical miles off the East Yorkshire coast.

A spokeswoman for HM Coastguard said: “The HM Coastguard helicopter from Humberside has been sent along with Bridlington and Scarborough RNLI lifeboats. “Following a Mayday broadcast by HM Coastguard, other vessels nearby are heading to the area.”

The F15C, a single-seater air defence fighter, is a model of jet that has been used by the US Air Force since 1979. RAF spokesman Martin Tinworth said the aircraft had an “exceptional flight safety record”. RAF Lakenheath is the largest US Air Force-operated base in England and home to its only F-15 fighter wing in Europe. More than 4,000 US service men and women are stationed there. Lakenheath had been solely used by the RAF during World War Two and was abandoned as an operational base at the end of the war.