UPI, IMPS bank transfer failed? what to do if you don’t get refund 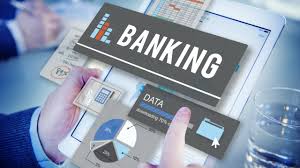 April 1 was the financial year closing and banks across India were shut on that day. Because of this, many customers faced issues related to the transfer of money via NEFT, IMPS and UPI. Recently, the National Payments Corporation of India (NPCI) had tweeted, “The Financial year end closing had led to some UPI and IMPS transaction failures at few banks.

We have observed that most of these bank systems are back to normal since last evening. Customers may avail uninterrupted IMPS and UPI services.” However, in the replies to the NPCI tweet, many people complained that their transactions failed and that they are still waiting for the amount to be credited back into bank accounts.

People often wonder how long does it take for the amount to be reversed back to the bank account in case of a failed NEFT, RTGS or UPI transaction?. Well, according to the Reserve Bank of India (RBI) circular dated September 19, 2019, on the harmonisation of the Turn Around Time (TAT) and customer compensation in case of failed transactions, if the money debited from customer’s bank account does not reverse back to the bank account within the specied time period, due to a failed transaction, then the bank is liable to pay a penalty of Rs 100 per day to the customer.

According to the circular, in case of failure of an IMPS transaction where customer account is debited but the beneficiary
account is not credited, auto-reversal must be done in T+1 day, where T refers to the transaction date. This means that if a transaction fails today, the amount should be credited back to the account of the person initiating the transaction by the end of next working day. If the bank does not credit the amount back to the customer’s account by T+1 day, then the bank is liable to pay a penalty of Rs 100 per day for the delay beyond T+1 day

In case of fund transfer via UPI, where the bank account is debited but the beneficiary account is not credited, then auto reversal must be done by the beneficiary bank by T+1. If not done, then a penalty of Rs 100 per day beyond T+1 is levied.

What to do if you don’t receive refund?

Despite everything, if they fail to resolve this issue within one month, you can escalate the issue to the Ombudsman
under The Ombudsman Scheme for Digital Transactions, 2019.