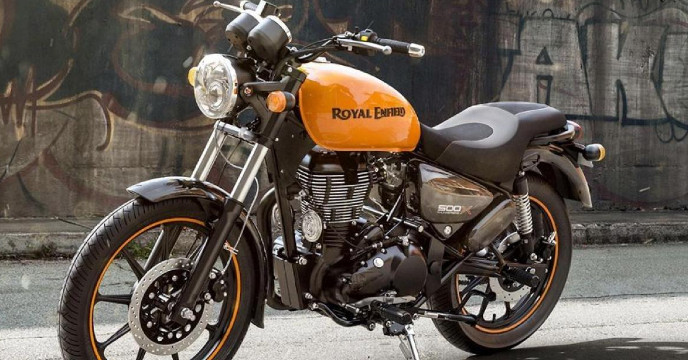 Bengaluru: As Royal Enfield gets ready to bring its new motorcycles to the Indian market, we keep on finding updates about what can be expected. The latest addition to this list is the fact that the new-gen Royal Enfield motorcycles could come with Bluetooth Connectivity systems along with a navigation system. Although, this is not being called as a standard fitment across their motorcycle range as it could be offered only on select models, which models would those be is unclear as of now.

How this system would work is that the Bluetooth module would pair up with a smartphone and be able to gather the data from there, which would in turn also be able to help them with navigation data, all of which would then be showcased on a digital display. The navigation, however, would be a turn-by-turn system, and all of these features could debut with the upcoming Royal Enfield Meteor 350.

This won’t be the first time that we would be seeing a two-wheeler with Bluetooth support for ride data and turn-by-turn navigation as it has been offered in mass-market vehicles before as well. This includes the likes of the TVS Ntorq 125 scooter and the XPulse 200 and XPulse 200T motorcycles by Hero Motocorp.

Recently, there has been a lot of talk going around about the upcoming Royal Enfield motorcycle which is going to replace the Royal Enfield Thunderbird 350 and now, as per an Instagram post, official photos of that motorcycle has been leaked. The name of the motorcycle is going to Meteor 350 and it seems like the images are screenshots of Royal Enfield’s configurator of the same, as a result, we can see some accessories like the optional wind deflector in one of the images.

Tata Group may slash pay of employees at some companies