by News Next Desk
in CRIME, LATEST NEWS, INDIA, POLITICS 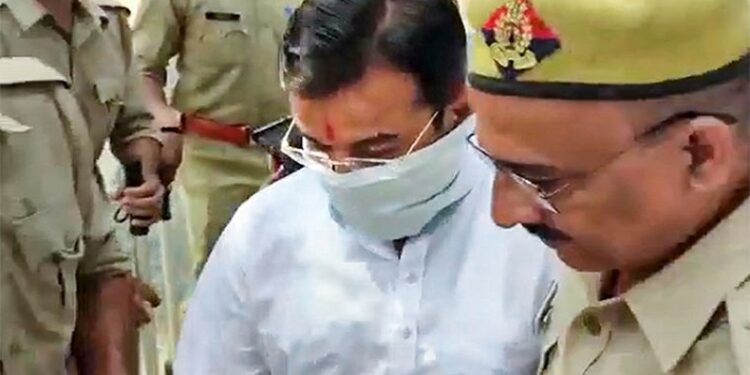 Union Minister Ajay Mishra’s son, Ashish, accused of running over farmers in Uttar Pradesh’s Lakhimpur Kheri, was arrested on Saturday after being questioned for over 12 hours in Lakhimpur Kheri. The police said he had been giving “evasive answers” and not cooperating.

He had skipped the summons yesterday due to health reasons, said his father. The UP police have filed a case of murder against Ashish Mishra but have not arrested him so far. Though the Union Minister admits the SUV that ran over farmers belongs to him, he maintains his son was not in it.

Eight people, including four farmers, died in the UP district on Sunday after a car ran over a group of demonstrators protesting against the visit by junior Home Minister Ajay Mishra and UP’s Deputy Chief Minister Keshav Prasad Maurya.

The farmer said that the incident was a “pre-planned conspiracy”. They demanded that Union Minister Ajay Mishra should also be removed from the government as he started this conspiracy and is also protecting the culprits in the case.

Also Read: These 3 players make Mumbai Indians out of IPL play-off, and can trouble for India in T20 World Cup