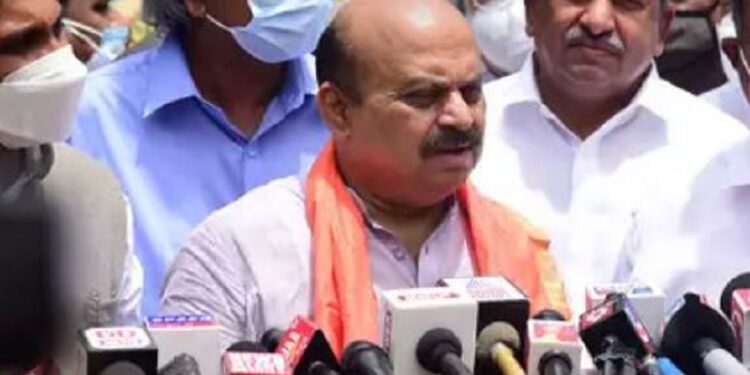 A holiday has been announced for schools and colleges in Belgaum district on Wednesday due to the death of Food Minister Umesh Katti (61). Chief Minister Basavaraj Bommai has also ordered a holiday in the government offices of Belgaum district.

CM Bommai, who visited Ramaiah Hospital after hearing the news of Minister Umesh Katthi’s death, was taken to Bagewadi and the last rites will be performed in his garden at 5 o’clock. We have decided to give all government honours.

He declared a holiday for all schools, colleges and government offices in Belgaum district on Wednesday. Forest Minister Umesh Katti died of cardiac arrest at Ramaiah Hospital in Bangalore. Umesh Katthi, who had gone to Bengaluru from Belgaum earlier, collapsed in the bathroom yesterday (September 07) at around 10 pm at his residence.

He was admitted to the hospital immediately, but died of a heart attack in MS Ramaiah Hospital, Bangalore. Still, Umesh Katthi’s supporters, fans and family members are shocked to hear the news of his death.

Supporters have arrived at the residence in Bellada Bagewadi village of Hukkeri taluk of Swagram Belgaum district. Umesh Katti’s passing has left fans in tears in disbelief. The dead body of Umesh Katti will reach Belgaum from Bangalore at nine in the morning.

A public darshan has been arranged in front of Shivbasavanagar residence from 9am to 10.30. Final darshan from Belgaum at 10.30 in front of Hiranyakesi Sugar Factory in Sankeshwar.

Later, the dead body will be shipped to Bagewadi village of Swagrama Bella at 12 o’clock. Arrangements for final darshan at Bellada Bagewadi from 12 pm to 5 pm. The cremation will take place at Umesh Katti’s farm at 5 o’clock next to the grave of his parents.