by News Next Desk
in CRIME, LATEST NEWS, MANGALURU, TEMPLE 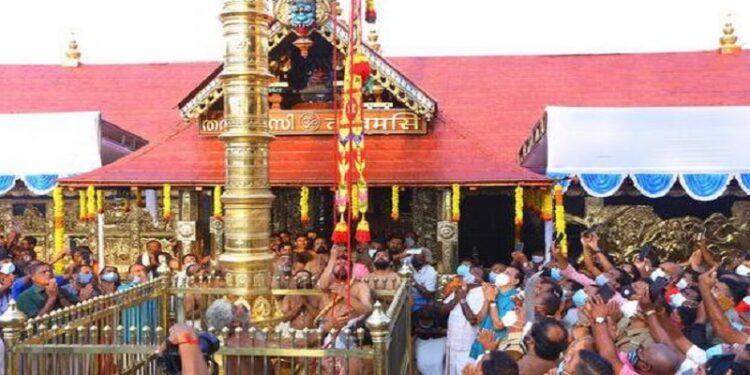 Udupi: An Ayyappa devotee died in Sabarimala, kerala after suffering cardiac arrest on Sunday, January 16. The deceased has been identified as Suresh Bangera (52), from Udyavara, Udupi district, a native of Sampigenagar in Udyavara and is an auto-rickshaw driver.

Suresh Bangera was among a group of roughly 32 Ayyappa devotees who left for Sabarimala on January 14 after performing puja at a temple in Udyavar. It is said that he has previously made 28 journeys to Sabarimala.Bangera experienced cardiac arrest while hiking the Ganesha peak at Sabarimala.

He was hurried to a local health clinic and then transferred to the Pallathettu government hospital, where he died. His mortal remains will be carried to Udyavara on Monday, January 17.

Revenue Minister R Ashok said the coronation wave in the state has increased and will peak on January 25. According to experts, the coronavirus infection is likely to increase in the state by January 25, R ashok said after covid meeting with CM Bommai and other ministers.

Revenue Minister R Ashok informed to the reporters after CM meeting that there is no lockdown plan in state and not to get panic. There was also discussion on the weekend curfew and night curfew. Weekend curfew and school future will decide on Friday January 21. He also said that Covid cases will go to peak in January 25 will see the relaxation after that.

Karnataka Chief Minister Basavraj Bommai call meeting with ministers and experts of the health and disaster department to discuss the rise in Covid-19 cases in the state. Karnataka minister for Health and Family Welfare and Medical Education, Dr. Sudhakar K on Sunday informed that the state’s Covid-19 positivity rate neared 20%, as cases rose in Karnataka.