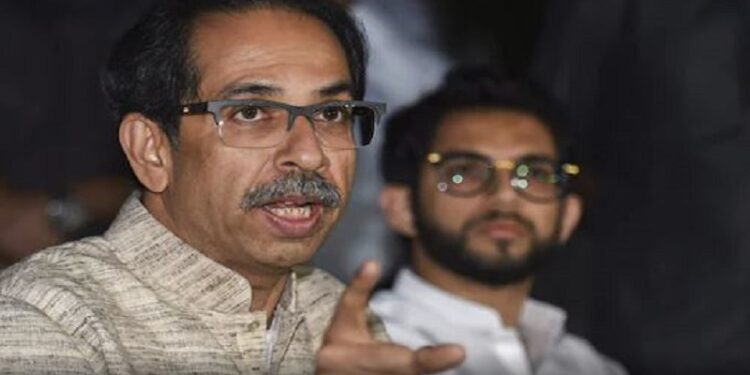 “If any MLA does not want me to continue as the CM, I am ready to take all my belongings from Versha Bungalow (official residence of the CM) to Matoshri,” Maharashtra CM Uddhav Thackeray said.

“I am surprised and shocked because if Congress and NCP said that I shouldn’t be CM then it’s different, but today., Kamal Nath also said I should be CM. Despite this, if my party people are saying that I shouldn’t be CM…”, Uddhav Thackeray said. The Shiv Sena-led government in Maharashtra is faced a crisis following rebellion from a group of MLAs led by Eknath Shinde.

Triggering a political crisis in Maharashtra, Eknath Shinde and other Shiv Sena MLAs arrived in Assam’s Guwahati today (June 22, 2022) morning by a charter aircraft. The rebel Maharashtra MLAs were taken to a luxury hotel on the outskirts of Guwahati amid tight security.  Speaking to reporter Shinde claimed he has 46 MLAs, including 6-7 Independent MLAs.

“This number will rise in the time to come. As of now we have neither received any proposal from BJP nor are we holding any talks with them,” the Maharashtra cabinet minister said.  Rebel leader Eknath Shinde tweeted in Marathi, “Shiv Sena MLA Shri Bharat Gogavale has been appointed as the Chief Representative of Shiv Sena Legislature. The reason is that the orders issued by Mr. Sunil Prabhu regarding today’s meeting of MLAs are legally invalid.”