by News Next Desk
in LATEST NEWS, GULF NEWS 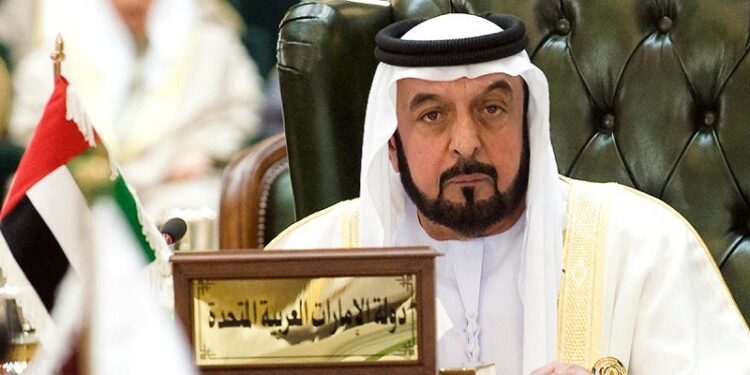 UAE President Sheikh Khalifa bin Zayed Al Nahyan has died at the age of 73, Emirates news agency WAM reported on Friday. The Ministry of Presidential Affairs declared official national mourning for the death of the president for 40 days from Friday. Flags will fly at half-mast during this period.

The Ministry of Presidential Affairs said there will be 40 days of official mourning with flags at half mast, and three days closure of ministries and official entities at the federal and local levels, and the private sector.

In a statement published by Wam, the Ministry of Presidential Affairs expressed its condolences to the people of the UAE, Arab and Islamic nations and the world on the death of the leader of the nation, Sheikh Khalifa bin Zayed, the President of the country.

Sheikh Mohammed bin Rashid, Vice President and Ruler of Dubai, expressed his deep sadness at the news. “It is with great sorrow and grief that we mourn to the UAE people, Arab and Islamic nations and the world the death of President of our country Sheikh Khalifa bin Zayed Al Nahyan, the leader of our journey,” Sheikh Mohammed wrote.

Also Read: Power Cut in Bengaluru: Power supply to be affected in these areas for next 3 day