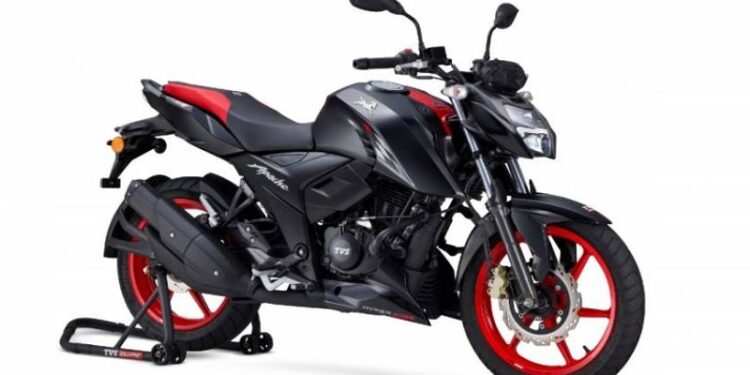 The TVS Motor Company Apache bikes have been added with fresh colour options to make the exteriors more intimidating, while the design profile remains more or less the same. There is a newly tweaked front headlamp with an updated LED headlamp with DRLs at the front, which as per TVS has been designed for a greater throw up ahead, this is complemented with a new and compact LED tail lamp at the rear which gets a uniform lighting pattern.

The bigger Apache RTR180 gets a more powerful 180 cc single-cylinder engine with an overall power output of 17.02 PS and 15.50 Nm of peak torque. The bikes have also been updated with three riding modes – Sport, Urban and Rain and there is also a fully digital instrument console with Smart Xonnect with Voice Assist.

This console can be paired with the rider’s smartphone to unlock an array of smart features for more convenience. This feature was previously also found on other TVS two-wheelers such as Apache RR310, NTorq and more. Pricing for the new TVS Apache RTR160 starts from Rs 1.17 lakh (ex-showroom) and extends up to Rs 1.24 lakh (ex-showroom), on the other hand, the higher-spec Apache RTR180 has been priced from Rs 1.30 lakh (ex-showroom).

India Vs Australia 2022: Team India’s next series schedule is as follows