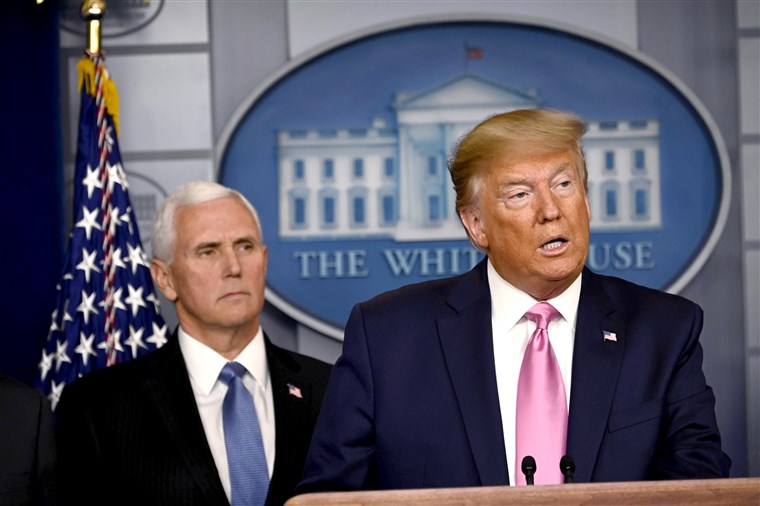 Washington: U.S. President Donald Trump said on Sunday he now believes as many as 100,000 Americans could die in the coronavirus pandemic, after the death toll passed his earlier estimates, but said he was confident a vaccine would be developed by the year’s end.

Trump alternated during a two-hour virtual town hall broadcast by FOX News between forecasting a rapid recovery for the U.S. economy and casting blame for the pandemic’s spread on China, where the disease is believed to have originated. The COVID-19 illness, caused by the new coronavirus, has sickened more than 1.1 million in the United States and killed more than 67,000 Americans, shut wide swaths of society, including most schools and many businesses.

We’re going to lose anywhere from 75, 80 to 100,000 people. That’s a horrible thing, said Trump, who as recently on Friday had said he hoped fewer than 100,000 Americans would die and earlier in the week had talked about 60,000 to 70,000 deaths. About half the states have now moved toward at least partial lifting of shutdowns as the number of new cases of the COVID-19 illness has begun to drop or level off and as citizens agitate for relief from restrictions that have sent the economy into a tailspin. “We can’t stay closed as a country (or) we’re not gonna have a country left,” Trump said. Trump has criticized FOX recently, casting the conservative-leaning network as insufficiently supportive.

He faced few tough questions in the event, which gave him a new format to reach the public while he is unable to hold campaign rallies and after he faced widespread criticism for his combative daily briefings. In an assessment that clashes with those of some public health experts, Trump said he believed that by the end of the year there would be a vaccine against COVID-19. I think we’re going to have a vaccine by the end of the year. The doctors would say, well you shouldn’t say that, Trump said. I will say what I think we’ll have a vaccine sooner than later.”

Many health experts, including Dr. Anthony Fauci, the nation’s top infectious disease expert, have cautioned that a vaccine is likely a year to 18 months away. There is an “incredibly small” chance of having a highly effective vaccine or treatment for the coronavirus within the next year, England’s Chief Medical Officer Chris Whitty said on April 22. Trump also said he wanted students to return to schools and colleges in the autumn, even as he acknowledged the possibility of a resurgence of the disease.

We’ll put out the embers, we’ll put out whatever it may be. We may have to put out a fire,” he said. Speaking the day before the Senate returns to Washington, Trump said it was possible that federal coronavirus aid could rise to $6 trillion from the nearly $3 trillion Congress has already passed to try to ease the heavy economic toll of the crisis. There is more help coming. There has to be, he said. Democrats have made clear they want to provide a sizable rescue package for state and local governments as part of a broader bill – one that could total over $2 trillion – while some Republicans criticized the idea as unreasonably expensive.

We will be doing infrastructure and I told Steve (Treasury Secretary Steven Mnuchin) just today we are not doing anything unless we get a payroll tax cut, Trump said. Trump, who has been criticized for not moving faster early in the year to stop the spread of the disease, sought to blunt the criticism by blaming China. Trump said China had made a “horrible mistake” without saying precisely what this was or providing specific evidence for his assertion.

Earlier in the day, Secretary of State Mike Pompeo said there was “a significant amount of evidence” that COVID-19 emerged from a Chinese laboratory, but did not dispute U.S. intelligence agencies’ conclusion that it was not man-made.