Trump announces probe of Chinese companies listed in US 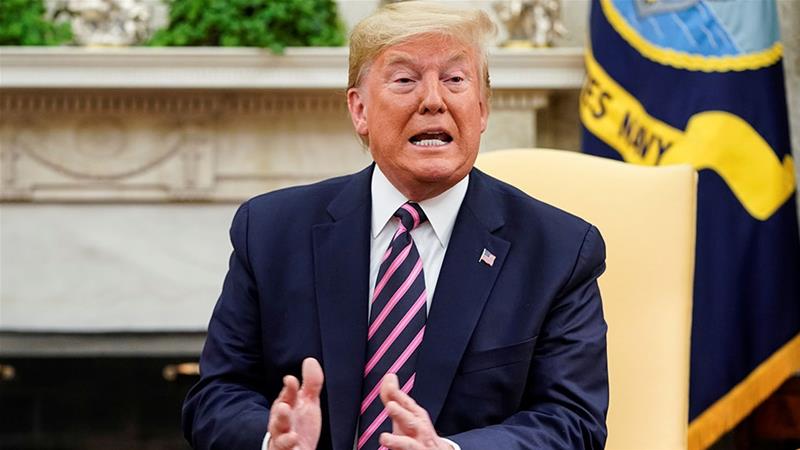 Washington: US President Donald Trump on Friday (May 29) ordered a probe into the actions of Chinese companies listed on American financial markets as tensions flared anew between the world’s two biggest economies.

The announcement followed Beijing’s move to implement a new security law on semi-autonomous Hong Kong that critics say would stifle freedom, as well as with Trump’s claims that China obfuscated the origins of the coronavirus that has killed more than 100,000 people in the United States. I’m instructing my presidential working group on financial markets to study the differing practices of Chinese companies listed on the US financial markets with the goal of protecting American investors, Trump said, without providing details on what steps his administration might take.

Investment firms should not be subjecting clients to the hidden and undue risks associated with financing Chinese companies that do not play by the same rules. Americans are entitled to fairness and transparency,” he added. As of February 2019, 156 Chinese companies with a market capitalisation of US$1.2 trillion were listed on US markets, at least 11 of which were state-owned, according to the Congressionally-mandated US-China Economic and Security Review Commission. Among the largest were e-commerce giant Alibaba, China’s largest oil producer PetroChina and Sinopec, the world’s largest oil refiner.

Starbucks competitor Luckin Coffee debuted on Nasdaq last year with a market value of about US$4 billion, but was asked to de-listed earlier this month after a massive fraud scandal. The announcement of the review came as Trump said he would be suspending the entry of certain Chinese citizens and reviewing US relations with Hong Kong, which saw seven months of huge and sometimes-violent pro-democracy protests last year.