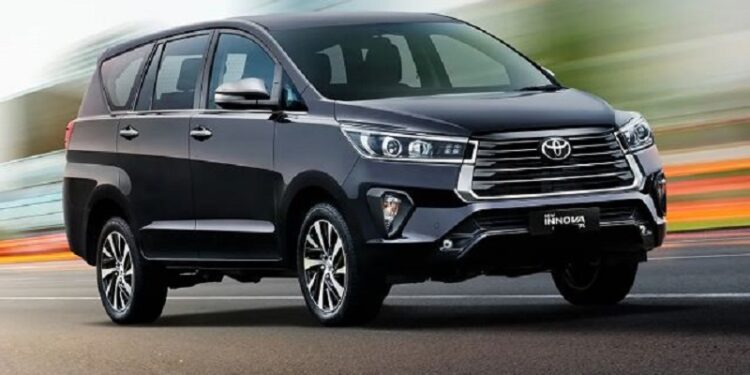 Toyota has unveiled the new generation version of its much awaited Innova in the global market. In the first phase, the new Innova Genix Hybrid was unveiled in Indonesia and will be unveiled in India on the 25th of this month under the name of Innova Hicross. Toyota which is the top seller of premium cars, is launching a new generation version of its popular MPV model, the Innova. Toyota Innova Hycross Unveiled With Hybrid Engine With Luxury Features.

While the engine options and some premium features will remain the same on the Genix and Hicross models, there may be slight changes in the design. In the new Innova Genix and Hicross models, Toyota has offered an SUV design this time, which will get an extended third row seat with an extra length of 100 mm over the current Innova Crysta model in the market. The new car measures 4,755 mm in length, 1,855 mm in width, 1,795 mm in height and has a ground clearance of 185 mm.

While the current market Innova Crysta MPV is only available in petrol variant, the new Innova Hicross car model can be bought in petrol and petrol hybrid engine options. In the new Innova Hicross car, the company may introduce a new 2.0-litre Atkins cycle petrol hybrid engine along with a 2.0-litre naturally aspirated petrol engine, which features a front-wheel drive system with self-drive charging. Through this, it is said that the hybrid model can return 21 to 23 km mileage per liter of petrol.

Demand for the hybrid model is expected to increase due to its higher fuel efficiency, and the hybrid model is expected to fetch a bit more price than the previous diesel model. Thus, the new car, according to the New Delhi ex-showroom, will be initially priced at Rs. 20 lakhs and the high-end model starts at Rs. 30 lakhs can be sold in the price range

AB de Villiers back to team: RCB made big announcement

Toyota will launch a diesel version again in Innova Crysta

New Hector SUV model is ready to be launched