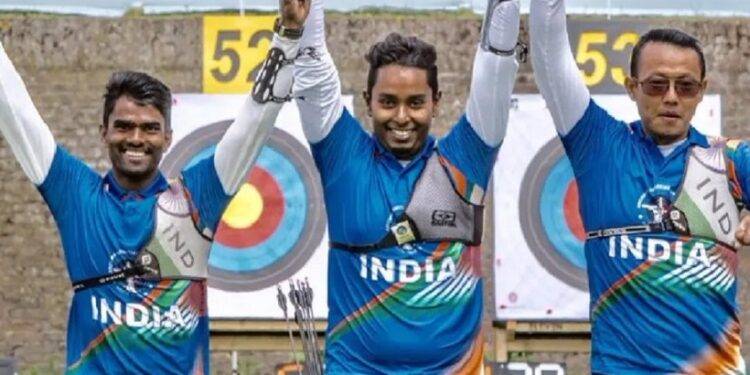 The Indian men’s archery team of Pravin Jadhav, Atanu Das and Tarundeep Rai downed Kazakhstan 6-2 to set up a quarterfinal clash against heavyweights Korea at the Tokyo Olympics on Monday.

In the round of 16, India trailed by a point after the first three shots in set four. However, two 10s in a row saw the men’s team progress to the quarterfinals. The Indian trio, facing Kazakhstan’s Abdullin Ilfat, Gankin Denis and Musssayev Sanzhar, in Elimination Men’s team match won the first two sets to take a 4-0 lead.

However, Kazakhstan came back strongly to win the third set by a point. In a tense final set, the Indian archers held their nerves.