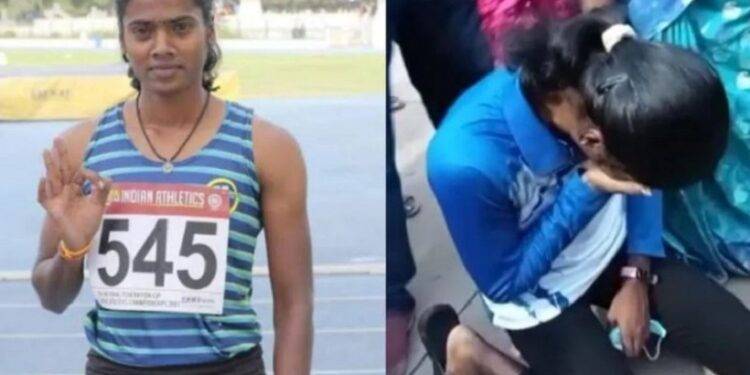 Subha Venkatesan and Dhanalakshmi Shekhar arrived in Trichy in their city Tamil Nadu on Saturday after participating in the Olympics from Tokyo. She was welcomed here by the people of Trichy.

Subha and Dhanalakshmi said that their competition in the Olympics was very tough, but they will work harder next time and win medals to bring up the country’s name. Not only that, he expressed her gratitude to Tamil Nadu CM MK Stalin for giving her a government job.

This will reduce the burden on the family, he said. Dhanalakshmi, who was placed as an alternative, said Tamil Nadu has started getting good representation in sports. She said, “Not many players from Tamil Nadu participated in the earlier Olympics but changed and I am confident that this number will increase further in the future.”

Shortly after the athlete spoke, the people present were shocked to hear Dhanalakshmi crying. In fact, as soon as Dhanalakshmi came to know that she was in Tokyo for the Olympics, her sister died of illness.

But her mother decided not to give Dhanalakshmi this information because she did not want Dhanalakshmi to know this and divert her attention from her game. Dhanlaxmi is considered to be a rising face in athletics from Tamil Nadu. Her mother Usha and others in the family knew the importance of participating and playing in the Olympics.

Now get your Covid vaccine certificate with Just a text on WhatsApp. Details here