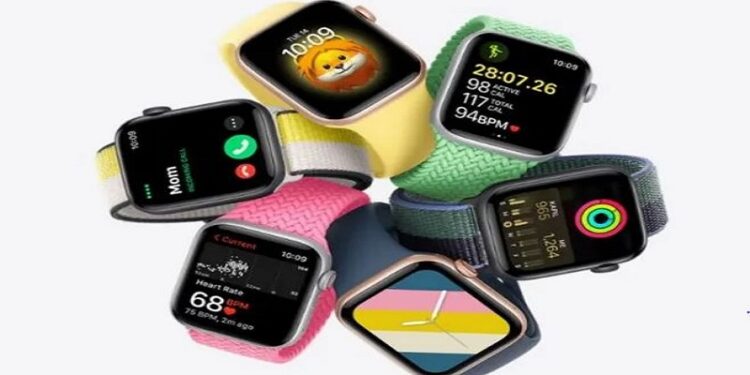 In this, Apple Watch Series 8 has attracted a lot of attention. It has got services like fall detection, medical emergency service. The watches of this series are also equipped with a temperature sensor to track changes in temperature every 5 seconds. Three new smartwatches launched with Apple iPhone 14.

Everyone is also impressed with the new Apple Watch Ultra. Mainly sports lovers and adventure lovers will like it. Having a unique design makes it suitable for use in any situation. Also, this smartwatch includes 2 speakers, 3 mics for connectivity. The crash detector option in this works through two motion sensors.

This will send an SOS call to your family and friends if you are in trouble. This will notify emergency contacts immediately.

In addition to these, it also has ECG, blood oxygen monitoring (SpO2), and fall detection features. The company claims that on average it provides 36 hours of standby. Apple Watch Ultra comes with multi-band GPS.

A new button on this helps users with sports tracking among other things. It also has a night mode option which makes it clear at night. The Apple Watch Ultra is priced at $799, which means it costs approximately Rs 63,700 in India.

Apple Watch SE also includes Emergency Service. Crash detection is implemented for this. Now Apple Watch Series 8 has got services like fall detection, medical emergency service. The temperature sensor of this series of watches will allow you to track changes in temperature every 5 seconds.