News » SPORTS » The second player in the world: Shakib Al Hasan who wrote a special record in T20 cricket

The second player in the world: Shakib Al Hasan who wrote a special record in T20 cricket 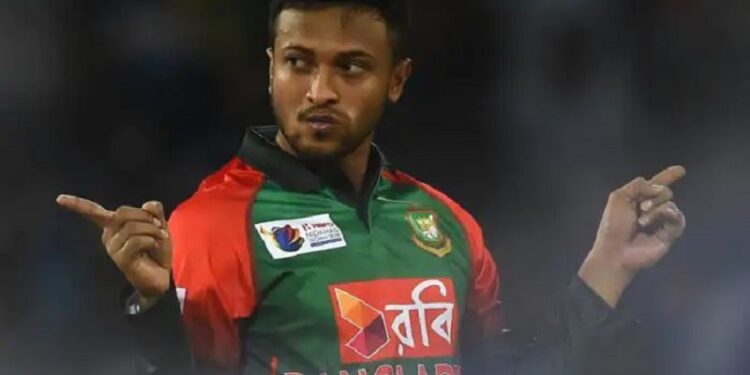 Sri Lanka won by 2 wickets against Bangladesh in the fifth match of the Asia Cup held at the Dubai International Cricket Stadium on Thursday. Bangladesh has been eliminated from the tournament after losing in an exciting fight that lasted till the last over. However, Bangladesh captain Shakib Al Hasan has made a special record.The second player in the world: Shakib Al Hasan who wrote a special record in T20 cricket.

In this match Bangladesh lost the toss and batted first and scored 183 runs for the loss of 7 wickets in the scheduled 20 overs. Opener Mehdi Hasan Mirza (38), captain Shakib Al Hasan (24), Afif Hussain (39), Mohammadullah (27) and Mossad Hussain (24) who have been outstanding in batting for the team. Contributed runs.

Chasing a target of 184 runs, Sri Lanka got off to a good start. Nisanka and Kusal Mendis contributed 45 runs to the team. Nissank got out after scoring 20 runs. After this suddenly 3 wickets fell again. Mendis and captain Dasan Shanaka supported the team on this occasion.

Mendis scored 60 runs in 37 balls with 4 fours and 3 sixes, while Shanaka scored 45 runs in 33 balls and left the team with a desire to win. Sri Lanka needed 25 runs off the last 12 balls to win.

Karunaratne (16) who was playing well this time fell into the runout trap. However, Asita Fernando hit two boundaries in the last over to give the CDC team an exciting win. With this, Sri Lanka has entered the Super 4 stage.

'Mega Blockbuster': Rohit-Ganguly will share the screen with Rashmika Mandanna. See the poster