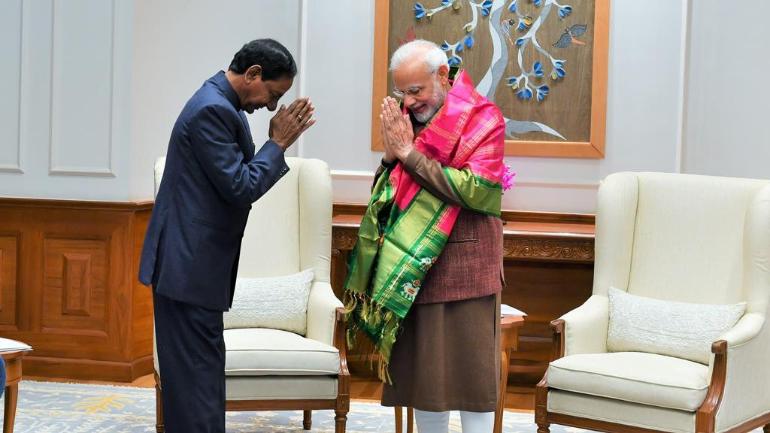 HYDERABAD: Telangana chief minister K. Chandrasekhar Rao (KCR) on Monday appealed to Prime Minister Narendra Modi to extend the lockdown by another one or two weeks, saying this was the only way to curb the novel coronavirus from spreading further in the state.

KCR said tests on all those who attended the congregation at the Markaz Nizamuddin in Delhi last month, will be completed by Thursday. “I am for the lockdown of the country after 15 April. We can recover economy later. In the given situation, with India’s poor health infrastructure and with a big workforce, we have no other weapon. To the best of my knowledge, the lockdown should continue,” said KCR at a press conference.

The chief minister added that 172 of the total number who attended the religious congregation of the Tablighi Jamaat in Delhi have tested positive in Telangana so far.

KCR stated that as of now, the total number of covid-19 cases in Telangana was 364, with 308 people undergoing treatment. “About 170 more cases are expected (linked to the Nizamuddin congregation) in the coming few days. All the tests (of attendees and their contacts) will be done by Thursday. The economy can be revived, but not the dead, he remarked. Live Mint reported. The chief minister said that in the first phase, a total of 25,937 people were quarantined, of whom 50 had tested positive for covid-19, and of them 35 people have been discharged. KCR also announced a special incentive of ₹7,500 for sanitation workers in Hyderabad and ₹5,000 for all sanitation workers in municipalities and gram panchayats across the state.